Billionaires doing battle, the longest bar in France & huge in Japan – no race quite compares with the Arc de Triomphe
Advertisement 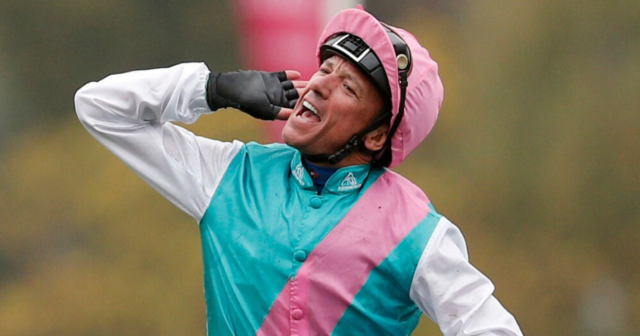 NEVER mind the race which stops a nation, this is the one which hardly even slows a city – unless you’re 6000 miles away in Japan.

The Japanese love their racing and they absolutely love the Arc de Triomphe.

Orfevre looked certain to have given them their first winner in 2012, until he was pipped by outsider Solemia at the death.

But they look to have a fine chance in Chrono Genesis this year, the mount of champion jockey Oisin Murphy.

Mind you, he can count himself lucky he’s even there after his terrifying paddock fall at Salisbury on Thursday.

But on ground zero, take a stroll around Paris, little more than three miles from the course, and you’d be forgiven for never knowing the race was on.

In Australia the natives revel in how everything stops for the Melbourne Cup, the jewel in their crown, and having been Down Under on the big day, it’s no exaggeration.

But in France, ask one of the locals about the Arc, and you’re likely to get a puzzled shrug and quite probably “n’as aucune idee.’’ (That’s ‘’no idea,’’ in case you were wondering).

Thousands of English and Irish will have had October 3 in the diary for months, as the 100th running of this great race. In the French capital, though, it will simply be Sunday.

Then again, that’s how they tend to view their horse racing, wherever it is and whatever the prize. Cheltenham, Royal Ascot or Aintree it ain’t.

Try and book a hotel when any of those three shows are in town and unless you’re quick out of the blocks and prepared to pay a fortune, forget it.

But Paris for the Arc? Well, it’s a totally different story. In fact earlier this week there were still plenty of tickets available.

France Galop are talking of a 40,000 crowd for Arc day, around double what they usually get for the opening day of Longchamp’s two-day meeting, but even that looks a little fanciful.

When you consider around half the gate is made up of UK and Irish fans, no wonder organisers are all but begging folk from these shores to make the trip.

Plenty will, of course. Loving the fact they can go on their annual pilgrimage once again, after Covid restricted the crowd to 1,000 locals a year ago.

In fact only their presence in the bars and restaurants around Port Maillot and the Bois de Boulogne makes you realise anything out of the ordinary is going on.

Not that a trip to the Arc is the Jolly Boys’ Outing you may associate with the Grand National or Gold Cup.

Most who cross the Channel for this will be more middle aged, taking in the race as just one of Paris’ sights and attractions on a long weekend.

Certainly not a contest to see how much Guinness they can drink, for all Longchamp proudly boasted ‘the longest bar in France’ when it reopened after a £123m revamp in 2018.

This time there is no chance of a fairytale win either, with Enable retired, after two failed attempts at a record-breaking hat-trick. Yet it is even more mouthwatering than usual.

Aidan O’Brien pins his hopes on Oaks heroine Snowfall, Tarnawa is an even stronger Irish challenger, and Chrono Genesis could give the racing-mad Japanese a first-ever triumph.

Should any of those come home first – and it’s long odds on they will – you’ll hear the Longchamp roar back in the Champs Elysees… whatever the size of the crowd.