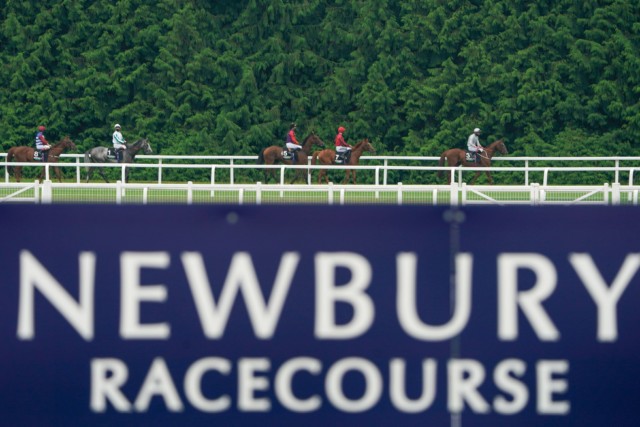 SATURDAY’S huge Newbury Betfair-sponsored card could be moved back a week if it’s lost to the winter weather.

An inspection has been called early on Friday to judge whether the freezing temperatures mean Saturday’s card is lost.

Newbury will hold a final inspection at 8.30am on Friday morning

Forecasts of -6C put it in huge doubt, but if deemed unraceable the entire card will be moved back a week to the following Sunday, the 21st.

It will mean trainers Nicky Henderson, Colin Tizzard and Paul Nicholls can let out a sigh of relief.

The Betfair Hurdle – the most valuable handicap of the season – will also be saved.

Warwick’s Saturday card – featuring the Grade 2 Kingmaker Chase – will also be saved if it fails a Friday inspection.

The card would be moved to Monday 15th February which is good news for trainer Dan Skelton and his star Allmankind.

It means punters could be in for a blockbuster weekend of action, with Ascot and Haydock racing on the 20th before Newbury possibly takes centre stage the following day.

If Saturday’s racing is cancelled, ITV are likely to feature Chelmsford and Lingfield as their TV offering.

Lambourn-based Henderson intends to stick to his plans of running Altior and Champ at Newbury, even if the card is moved.

He said: “It’s highly commendable that the card could be going to be re-run and we’re grateful the opportunity to run Champ and Altior is available.

“As far as Altior is concerned, I need to discuss further with Patricia and Christopher Pugh to sum up the pros and cons of a race at this stage, particularly with a view to the going we might encounter on Sunday week, which is all important. This is relevant to the reduced time gap between the two races.

“As far as Champ is concerned, he is coming off a longer lay off and it is more important that he has a race prior to the Gold Cup, which, in fairness, is only two days short of a month between the two.

“Obviously we will keep all options open and everybody up to date with our plans.”

Nicholls will keep Clan Des Obeaux in the Denman Chase and not switch to Ascot.

He has stars Cyrname and Master Tommytucker lined up for the Ascot Chase.

Did you miss our previous article…
https://www.sportingexcitement.com/horse-racing/watch-incredible-four-horse-photo-finish-at-kempton-and-11-4-favourite-just-sneaks-through