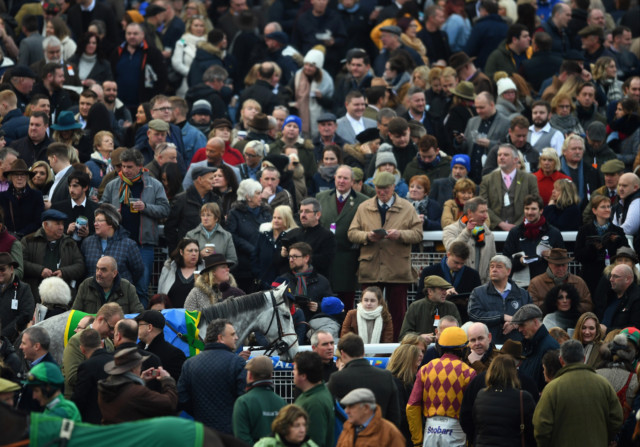 THE WELSH Grand National will be run without punters behind closed doors, Chepstow Racecourse have announced.

It’s a massive blow to the Welsh track with the meeting usually attracting a bumper Festive crowd.

Despite eased restrictions and punters returning on course on Wednesday at the likes of Lingfield, Ludlow and Haydock, Chepstow has been forced to announce the bad news.

The course has been in discussions with the Welsh Government for a while hoping to get the green light for a paid-up crowd.

But they were dealt the hand on Wednesday evening.

A spokesman from the course said: “The Welsh Government has announced that spectators will not be allowed to attend race meetings in Wales until early 2021 due to the Covid19 pandemic.

“It had been hoped we could welcome spectators at Chepstow and Ffos Las following Boris Johnson’s decision to allow customers to attend elite sport in Tier 1 and 2 regions in England from December 2nd.

“Unfortunately this is not the case and discussions with Welsh Government are continuing.

“We hope for a positive outcome.”

The race is run on 27th December live on ITV the day after the King George.

Last year it was won by Welsh favourite Potters Corner for trainer Christian Williams who went on the win the Virtual Grand National and is a leading chance in the Aintree showpiece this season.

Chepstow’s next meeting is this Saturday, but as Sandown welcome a thousands punters to enjoy the Tingle Creek, the Welsh course will again be racing without a crowd.

A crowd has not been present at Chepstow since early March.