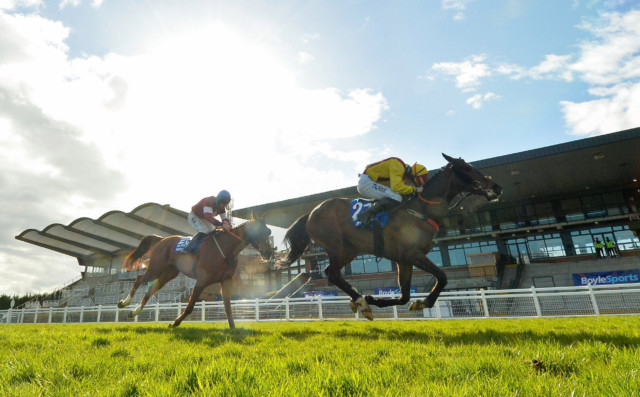 BOOKIES are fearing the worst as a gigantic gamble looks to be on in Ireland.

A massive gamble is on the cards at Fairyhouse this afternoon

Anycity, a five-year-old gelding, has been absolutely smashed up in the markets despite not racing for 573 days.

Jockey Willie Byrne gets the ride on the gambled-on runner, who is currently third favourite behind 4-1 Na Caith Tobac and 9-2 Newgirlintown.

Anycity has not been seen anywhere since finishing fifth at Down Royal on November 2, 2019, some 40 lengths behind A Wave Of The Sea.

That was the horse’s only run sunder Larkin having previously been with Michael Wigham.

But word appears to have got out that the horse is due to run a blinder, with punters pouring cash onto the gelding.

Anycity does have previous form having won over a mile at Chelmsford in August 2018 and 1m½f at Wolverhampton in December that same year.

Having been ridden three times by Hollie Doyle during a successful stint in racing in England, the horse does show signs of promise.

And it looks like a line can be put through his sole flop at Southwell in November 2018, when he came second last.

Other than that, Anycity has finished outside the top three only once in eight runs, when he was tried over hurdles on his last outing.

Did you miss our previous article…
https://www.sportingexcitement.com/horse-racing/ex-jockey-lucy-barry-reveals-hell-of-eating-disorder-and-depression-as-she-becomes-fourth-rider-this-month-to-quit

In this article:Chelmsford, Down Royal, Fairyhouse, Southwell, Wolverhampton