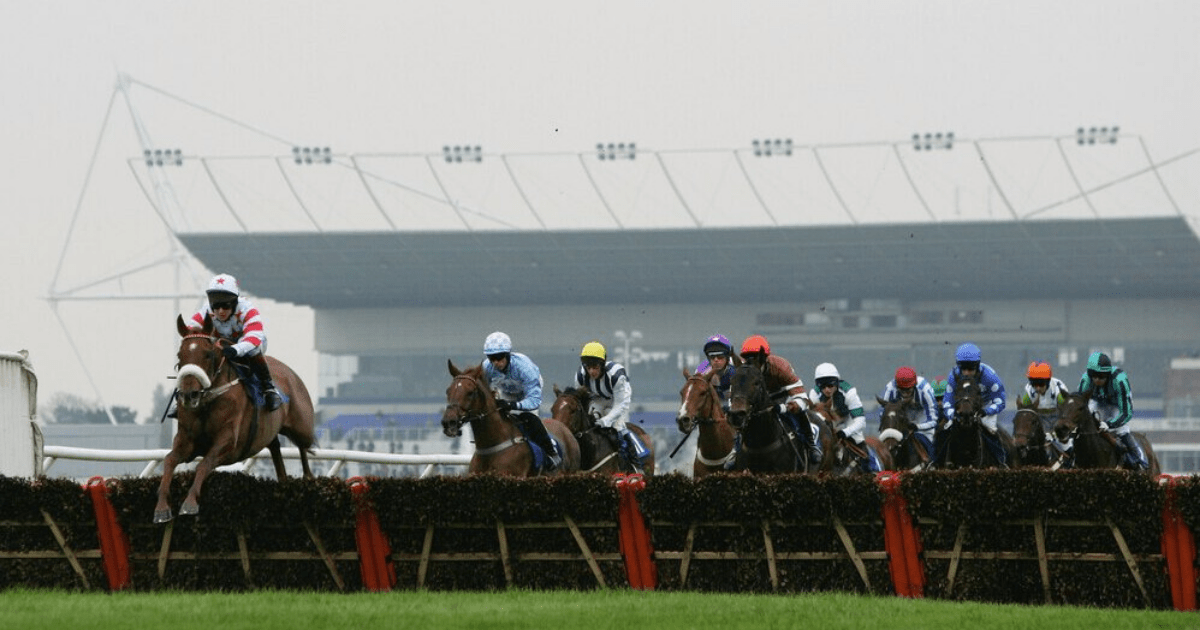 GIVEN that Jesus’ birthday is nearly upon us, it’s not the best time of year to drop some casual blasphemy.

I’ve been thinking that, just maybe, the Jockey Club boys were right all along when they proposed moving the King George away from Kempton.

I reckon the King George meeting should be moved to Sandown

I know, there will be trainers and racing anoraks up and down the country screaming ‘SACRILEGE’ over their bacon and eggs.

But I say this as someone who grew up just down the road from the Sunbury track – it was the place I first started going racing in my teens.

I’ve plenty of great memories of the place, for all I’ve backed more losers there than I care to remember.

But going racing at Kempton just isn’t an enjoyable experience, especially on Boxing Day when the place is heaving and you can easily miss a race queuing for a burger or a beer.

Every time I go it feels like the track has lost a little more of its soul.

The grandstand and surrounding buildings are tired and in need of a serious facelift and, given the track is as flat as a pancake, it’s tough to see what’s going on until the runners are right on top of you.

Yet, just 20 minutes up the road, Sandown Park offers, in my opinion, the best viewing experience of any racecourse in the country.

From any vantage point in the grandstand you have uninterrupted views of the entire track with central London as the backdrop, while there are pleasing touches like the tree lined walkways and historic old weighing room.

This is a track in a great location with great travel links, ripe for expansion and modernisation. They’ve been racing there for donkey’s years, but it feels like it still has untapped potential.

Jumps racing, if we are being brutally honest, only attracts wider public attention three times a year – the Cheltenham Festival, Aintree and over Christmas.

The Festive period gives us an invaluable shop window to put on a true Christmas spectacular, but for that you need a spectacular setting.

The King George is a race with as rich a heritage as the Cheltenham Gold Cup, and it feels in it’s current state that it will only slip further down the pecking order in terms of prestige.

On paper, the two-day meeting at Kempton should be a humdinger, but it’s been a while since it lived up to the billing.

The last time the King George truly got my juices flowing was in 2015 when Cue Card downed Vautour. Typically, I was on the second.

A change of venue and a good chunk of investment at Sandown could be the shot in the arm the great race and the sport as a whole needs.

In 2017, the Jockey Club revealed plans to demolish Kempton and use the site to build 3000 homes, using the proceeds to regenerate and expand Sandown. But they faced strong resistance and the idea was canned.

I’m not calling for the bulldozers to steam down Staines Road West and knock the place over, far from it.

However, if the Jockey Club were to revive more recent plans, which were announced just weeks before the pandemic and then shelved, to build homes on some of the disused land at Kempton it could raise funds that would make a real difference.

One of the main reasons trainers fought so hard to save Kempton in the first place was that it provided ‘nice’ ground year-round.

As we’ve seen recently, though, trainers are becoming more and more reluctant to run their horses on anything faster than Good to Soft.

And besides, with global warming and changing weather patterns, it’s likely we are going to get drier winters from now on, so good ground will be more prevalent elsewhere in the country.

Up the road at Sandown you’re almost guaranteed to get perfect jumping ground, the sort our trainers have been clamouring for, and no doubt that will lead to bigger fields and greater interest.

Sometimes it’s healthy to break with tradition. Who’s with me?