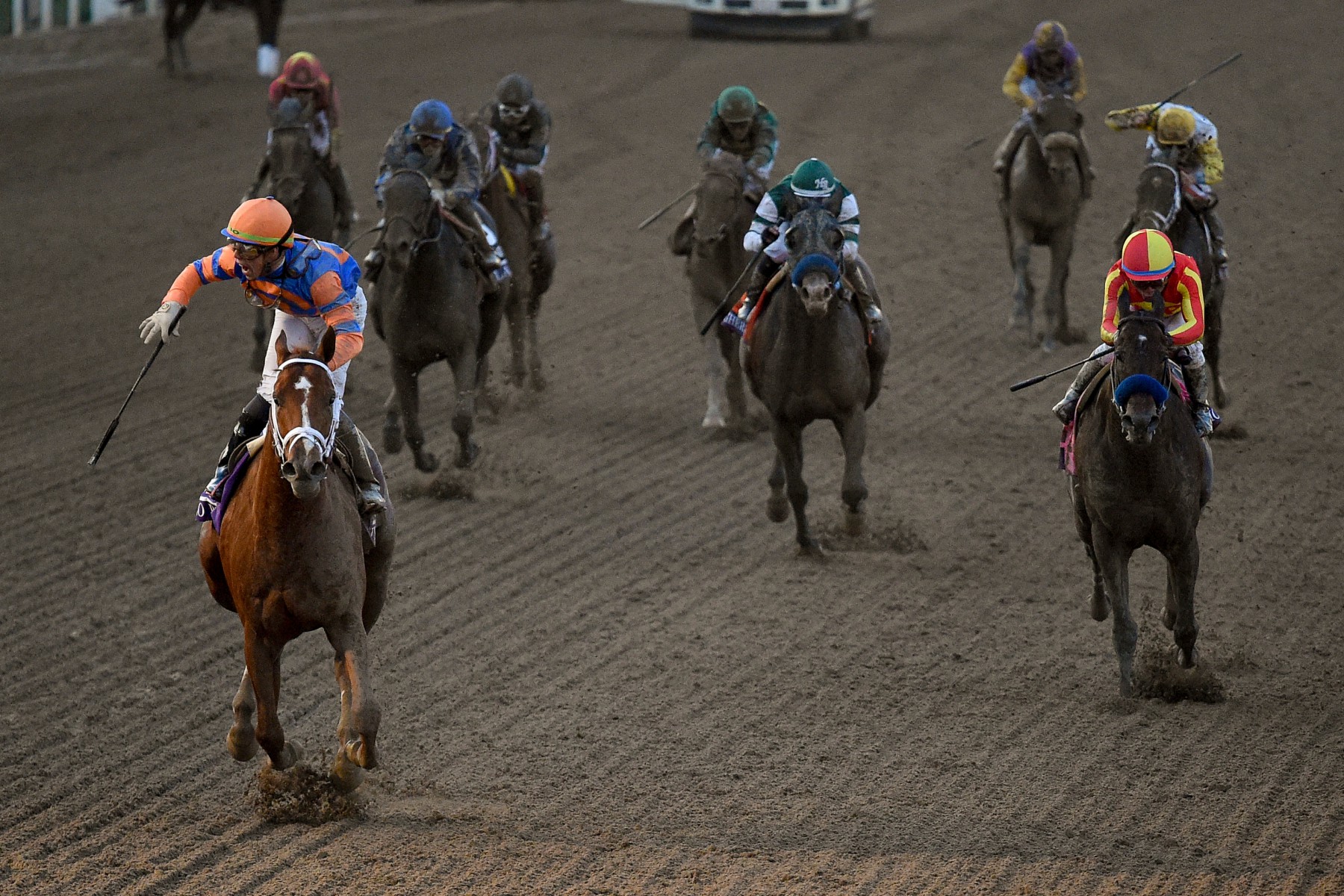 THE Breeders’ Cup ended on the worst possible note after Mongolian Groom suffered a fatal injury in the Classic.

There has been intense scrutiny on Santa Anita this year due to a huge spike in horse deaths at the LA track.

Course officials were under immense pressure to deliver a safe two-day meeting, with a number of new safety and vet protocols put in place.

For the large part the fixture was a huge success, but as Mongolian Groom rounded the bend for home he suffered a serious lower leg fracture in front of the packed grandstands.

He was loaded on to a horse ambulance and taken to Santa Anita Equine Hospital where he was assessed, but the decision was taken by his owners and vets to put him to sleep.

A Breeders’ Cup statement read: “The death of Mongolian Groom is a loss to theentirehorse racing community. Our equine and human athletes safety is the Breeders Cups top priority.

“We have worked closely with Santa Anita leading up to the World Championships to promote enhanced equine safety.

“Santa Anita has implemented numerous industry-leading reforms to enhance the existing health and safety measures with the intent of providing a safe racing environment.

“These measures are in place to ensure our athletes are racing under the safest and most transparent conditions possible.”

Joseph O’Brien to the rescue

Overall it was a disappointing meeting for the Europeans, but thankfully Joseph O’Brien came to the rescue.

He saddled Iridessa to win the Filly & Mare Turf in gutsy fashion, meaning he is the youngest trainer to win at the Breeders’ Cup.

He also holds the record as the youngest jockey to win there, on St Nicholas Abbey in 2011.

He said: “It’s unbelievable. She had a good draw, Wayne gave her a fantastic ride and the race worked out lovely for her. It’s a special day.

But it was a meeting of frustration for his father Aidan, who saw his best chance of the meeting Anthony Van Dyck stopped in his tracks at a crucial stage when third in the Turf.

When asked after the race if it had been a humbling few days, O’Brien smiled: “Don’t worry lads, I’m used to it!”

The Horse of the Year candidate wins the Longines #BreedersCup Turf. pic.twitter.com/Wv69GBbqxK

US stars shine through

There were several big US reputations on the line at this meeting. A few – the likes of Omaha Beach (through no fault of his own), Eight Rings and Sistercharlie – were dented.

But overall, the home team’s cream rose to the top. Though the race had a terrible postscript, the Classic has unearthed a new dirt star in Vino Rosso.

Mitole has been a winning machine this year for Steve Asmussen and he was hugely impressive in a strong Breeders’ Cup Sprint.

And on the turf, Uni and Bricks And Mortar won in fine style for Chad Brown, who continues to fire in winners on the big stage.