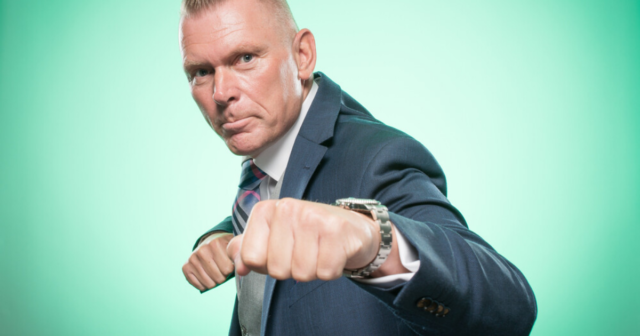 THERE’s nothing like pulling Paddy’s pants down in the race that bears his name.

It makes you feel on top of the world to pick the winner of the Paddy Power Gold Cup and results suggest you’ll be unlucky if an impossible-to-find roughie takes today’s race, live on ITV.

In the last ten years only 25-1 Splash Of Ginge was a big shock, while the likes of Baron Alco, Taquin Du Seuil, Johns Spirit, Al Ferof and Great Endeavour were all very backable.

And then, of course, there were those Martin Pipe days when supporters had it right off on horses like Cyfor Malta, Lady Cricket and Challenger du Luc.

Champion trainer Paul Nicholls is the most successful in the race over the last 20 years, although he’s had more runners than most.

This time Nicholls sets a right poser, with Lalor and Simply The Betts lining up.

He has suggested Lalor could be well handicapped off a mark of 149, and he looked a good horse in 2018 when trained by Kayley Woollacott.

However, the highest he’s ever been rated is 153.

Even if on his first run for Nicholls he improves a little on recent efforts he’s still got to be miles better than his current mark to be chucked in.

That would make him a proper Ryanair horse.

Lalor has had a wind operation, and it’s crazy to doubt Nicholls’ judgment, but he’s not for me.

Simply The Betts is much more interesting. He’s off a mark of 154 — also first run for Nicholls and after a wind operation — and that’s fair as he ran only once last season in this very race when sixth off 157.

Simply The Betts bolted up in the Stable Plate at the Cheltenham Festival last year and looked a real tool then, denying Happy Diva.

I have a feeling his freestyle running will suit Bryony Frost. There could be a bit of ‘Frodon’ about the pair as a couple.

Nicholls protégé Dan Skelton has a lively hope in Protektorat, who ticks all the right boxes for stats fans. That said the Aintree winner has never won in such a big field. It might not mean anything but this is competitive.

Al Dancer is trained by the very much in-form Sam Thomas and ridden by Sam Twiston-Davies, who has a good record in this event.

He was punted off the boards last year when third behind Coole Cody and is 5lb lower. I’ve always struggled to know what his best trip is, but it’s easy to argue this is it!

I’m going to have a few quid each-way on Simply The Betts and hope he warms to having Frost on board.

The Skeltons should land the Grade 2 novices’ chase (1.40) with Third Time Lucki, who will be at shorts odds in a small field.

The six-year-old was spectacular on chasing debut here last month this track with a near ten-length success.

Tomorrow two Champion Chase heroes Put the Kettle On and Politologue go to war in the Grade 2 Shloer Chase and I’d much rather take a chance on the latter scoring another tasty victory.

In his time John Hales’ ten-year-old has been simply the best.

Today, though, I’m hoping Simply The Betts will be better than all the rest.