Bryony Frost EXCLUSIVE: Thank you for all the support but now it’s time to just focus on the racing
Advertisement 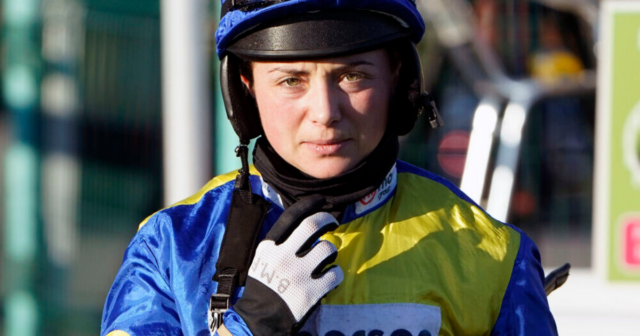 FIRSTLY I want to let everyone know how grateful I am for all the support I’ve had throughout.

I have really felt every single word, thumbs ups and ‘keep kicking’ sent my way – but for now I just want to focus on my horses this weekend, and two exciting novices for Paul (Nicholls) at Doncaster today.

They’ve both come from David Cottin in France, and are in the early stages of their careers at Ditcheat, and we think a lot of them.

First I’m on Sonigino in the handicap hurdle, who will be having his second run for us.

He started out in listed company, which tells you how he’s regarded at home, and hopefully this drop in class will help.

Sonny is at the height of fitness, and it will be really interesting to see how we get on and hopeless keep progressing.

And then I am on Magistrato in the Grade Two juvenile, who’ll be having his third run for us and is just as exciting.

I’ve sat on both plenty of times at Ditcheat – that’s the great thing with Paul and Clifford (Baker), they like to give the horses plenty of schooling.

That might seem obvious, but there are no rules about how to train a horse and different people do it different ways, which makes it fascinating. They all have their own techniques and routines.

Some might only school them a handful of times before their first run of the season, but Paul likes them to do plenty of jumping and that really suits me!

I’m a jumps jockey so it’s great I love jumping – and when you’re on the school sometimes that can be like the ring of death when they’re bucking and squealing, having fun with you!

There’s a lot of talent in Magistrato’s race, but he’s five pounds better off with Knight Salute, who beat him at Cheltenham, so that will be very welcome.

Before that he won at Chepstow, so hopefully he will go there with every chance – hopefully both of them will.

He’s still got a lot of growing into his frame, his body to do, which is a positive, and obviously still learning and progressing, but definitely a lovely young horse.

The one thing you know when a horse comes over from France is that they will already have done plenty of jumping.

They get them going over hurdles as two-year-olds, and we have a saying when you’re on one from there that “they’re very French.”

That basically means you leave them completely alone because they’ll have been jumping from so young they’ll know what they’re doing and you don’t want to get in their way.

Finally, I’d like to give a mention to Bob, my driver, who is recovering after going down with COVID.

Hopefully he’ll be back behind the wheel soon and I can get my head down again in the back on the pillow!

But seriously, it’s great that he’s very much on the mend, and it will be great to see him again.

Until next time, stay safe and keep kicking.

In this article:Cheltenham, Chepstow, Doncaster