Bryony Frost: Long drives in the car and freezing cold can be a drag – but there is nothing like working with horses
Advertisement 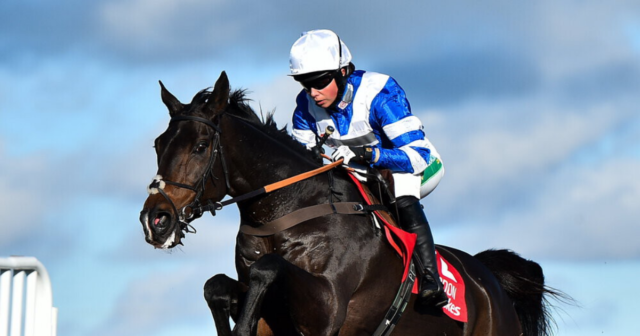 I’VE never hidden how much I love life as a jockey and will never take for granted how lucky I am to earn a living working with horses.

But there is a down side to every job, and for me that means two things really…the endless hours on the road and the freezing cold.

On Thursday, for example, I spent about 16 hours travelling, and had another two days of eight-hour round trips.

I’m lucky I have Bob, my driver, who is an absolute Godsend. But when you’ve had a bad day, the last thing you need are those long, empty periods.

That’s when you are at your most vulnerable, when so many things are going through your head if it hasn’t gone to plan.

Of course for the most part it’s a great life, but there is also a lot you can’t do that people take for granted…like just being at home at a reasonable time!

As I say, it’s a lifestyle choice and one hell of a buzz every day. But when you’re stuck in traffic in yet another rush hour, it does make you wish you were home before dark.

You certainly appreciate your bed when you get there, and I must say I am a big believer in a lot of pillows.

I’ve got six of them so whatever way I turn I’ve always got a pillow to rest my head on.

The other thing – especially at this time of year – is the wind, and at Huntingdon on Thursday it was absolutely biting. I’m hopeless in the cold!

There’s nothing worse than cold hands, and I still remember one day at Exmoor point to point when I was about 17, and riding one little dude called Railway Vic for mum.

It was snowing so heavily you couldn’t see where we’d been on the lap before, because the hoof tracks were being covered so quickly.

I had to ask dad to take the saddle off Vic – my hands were so cold they’d stopped working. I went back into the weighing room tent, plonked down on a straw bale as the snow whipped in under the tent resting on my boots, trying to stop the pain from the cold.

When you get “hot ache” – that’s when you heat up too quickly – it’s even worse, it feels like they’re on fire.

Some say we are mad, some say we are lucky but in every walk of life the bad days come along more often you could think. But they do make the good ones stand out.

It’s been a quiet time for Paul (Nicholls’) horses, but this weekend will be really exciting, with the likes of Bravemansgame, Hitman, Clan Des Obeaux and Knappers Hill at Newbury.

I’ve said so often that horses aren’t machines, they won’t be at 100 per cent all the time, but whatever the reasons have been, the team will find them and sort them.

It’s not like changing a screw or putting in a new filter. The team will be back, with all guns blazing before long.

I am at Uttoxeter today to ride Red Risk, and hopefully we won’t get much rain because he’s got top weight.

I’d also like to put a word in for Lucy Wadham’s Samourai One, who runs in the bumper at Warwick. We were second here on New Year’s Eve, and he should go close this afternoon.

In this article:Huntingdon, Newbury, Uttoxeter, Warwick