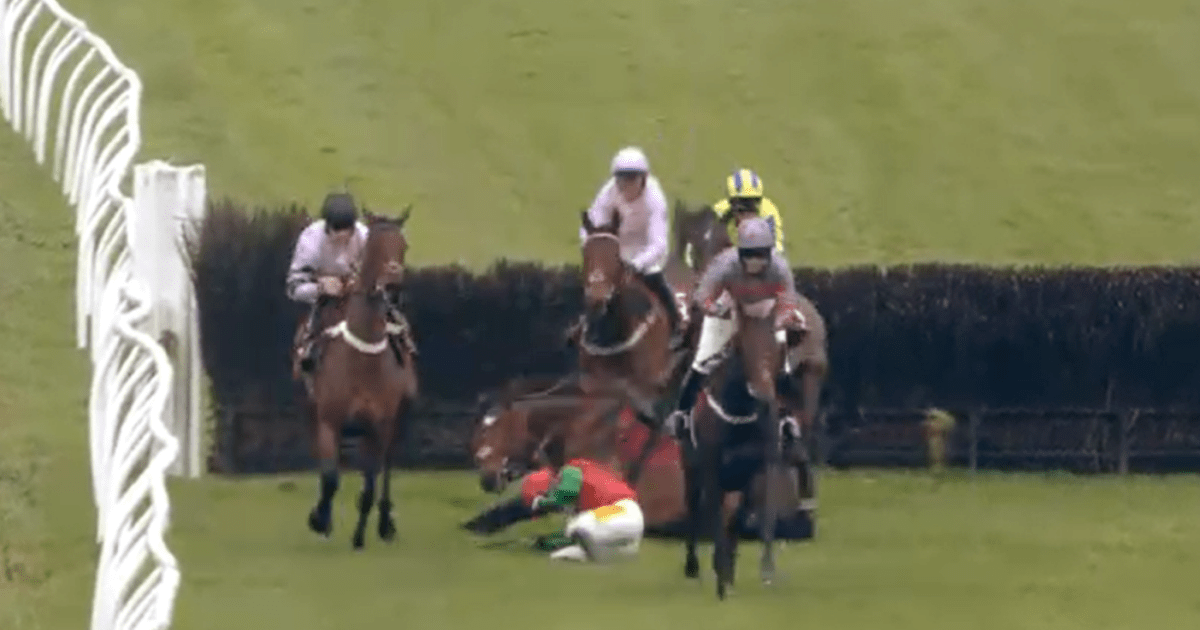 BRYONY FROST is out injured again after breaking her collarbone in a horror fall at Bangor.

But the trailblazing jockey, 27, is plotting a blockbuster King George comeback on Frodon, Paul Nicholls has revealed.

Frost was thrown to the ground from Sir Psycho on Saturday.

She landed heavily on her shoulder and was rushed to hospital for treatment.

The Nicholls-trained Sir Psycho then smashed through the wing of the fence before stopping, fortunately unhurt from the carnage he caused.

Nicholls, the 13-time champion trainer, confirmed Frost had broken a bone and is now just hoping to be back for the Boxing Day bonanza.

He told Betfair: “Bryony is very sore. She has broken her collarbone.

“She has sent the scans off to a specialist to have a look at them.

“They’ll come back in a few days with an opinion.

“She has her sights set on riding Frodon in the King George, I think that’s her aim.

“It’s just a case of hoping the scan results are OK for her to proceed to aim at that day.”

Poor Frost, 27, already spent six months off over the summer recovering from a broken back she suffered at Aintree.

She burst back to form with a fantastic front-running victory on Frodon in the Badger Beer at Wincanton earlier this month.

The much-loved chaser then scooped a little over £20,000 with a third-place finish in Haydock’s Betfair Chase.

Frodon is currently a 25-1 chance for the Kempton showstopper with Betfair.

Nicholls’ star chaser Bravemansgame is 5-4 with the same firm, with stablemate Hitman 4-1.