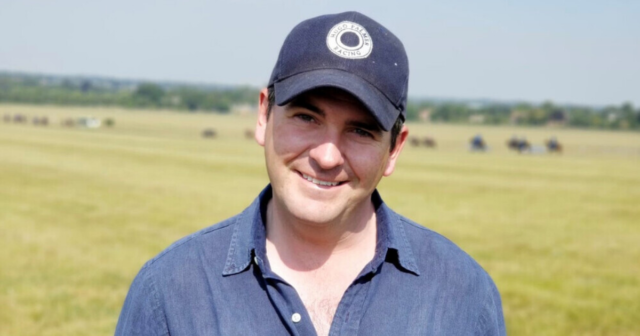 HUGO PALMER hopes potential star Dubawi Legend can live up to the billing.

His two-year-old won by a whopping five lengths on debut and heads to the Acomb Stakes today as the likely favourite.

A case can be made for all five runners in the small but select field, but bullish Palmer reckons he could be on to a winner.

The Newmarket handler said: “He couldn’t have been any more impressive on debut at Doncaster.

“The form isn’t working out the strongest but that’s not his fault and you can only beat what is in the race.

“We would have been very disappointed had he not put up a performance like the one he did, he’s always shown he could be special.

“The dream is still well and truly alive at the moment and he could still very much be anything.

“This is a lot tougher of course, it’s always a big step up from a maiden race into stakes company and you never really know until you try.”

With Group 1 winner Ebro River flying the flag for Palmer, the Classic-winning trainer is back in the big time.

He added: “Things have been going well this summer, especially with the colts – we have a very nice bunch that should keep taking us to the big days.

“The fillies have a bit of catching up to do but for now I’m delighted with our colts.

“You’d think in the Acomb those with fewer runs to their name might have a bit more up their sleeve than the more exposed ones.

“We like our horse a lot but you just have no idea what the others are given they’re all maiden winners.

“We have high hopes for him not just for this campaign but into next year too given his pedigree.

“He won his maiden by further than any of the others in this but like I say you just don’t know. But they will have to be good to beat us on a going day.”

In this article:Doncaster, Newmarket, York