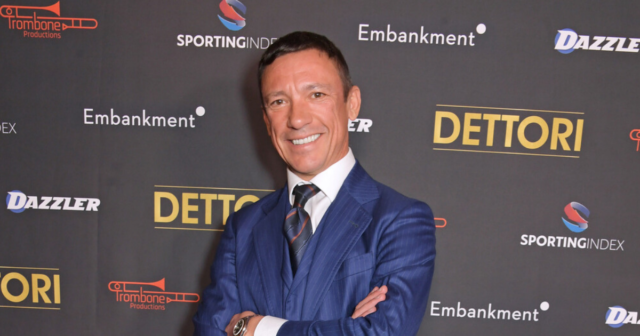 FRANKIE hasn’t quite gone to Hollywood – but the legendary jockey did release his own movie this week.

Simply named ‘Dettori’, the two-hour, warts-and-all documentary is an absolute must-watch for you racing fans.

Frankie’s ‘Magnificent Seven’, the plane crash in 2000, the cocaine ban and subsequent comeback and his fascinating relationship with his dad all get a good airing.

It’s a bit of a tear-jerker in places and there is plenty of behind-the-scenes footage from the Covid-19 lockdown – watch out for the rogue pigeon who wreaked havoc in the Dettori household for a few days.

There is only one Frankie Dettori and it begs the question – will there ever be anyone like him again?

The larger-than-life Italian has been a one-man marketing machine for horse racing over the past 30 years.

So when the time comes for him to hang up his boots it will be a dark day for the sport – though hopefully that won’t be for some time yet.

I was fortunate to have a sit-down with the 50-year-old at the premiere of his flick in a swanky Mayfair cinema on Monday.

He was on top form, though he became visibly uncomfortable and fidgety in his seat when the subject of retirement was raised.

“They say a sportsman dies twice – when they retire and when they pop their clogs,” he said.

“It will be a shock to the system – but as long as I am fit and healthy and I’ve got lots of nice horses to ride there is absolutely no reason to pack it in.”

Dettori is a natural showman, so it’s no surprise when he confirmed his second career will be in broadcasting. I’m sure he’ll get a blank cheque from ITV Racing when the time comes.

Dettori intends to keep riding for as long as possible

So who is going to fill the void he leaves behind?

Oisin Murphy? Sure, he does a great job of interacting with fans on social media.

But his, how shall I put it, ‘extracurricular activities’ over the past couple of years haven’t exactly portrayed him in the best light.

Who else? Tom Marquand? William Buick? James Doyle? All nice blokes and talented jockeys. But, no offence, they’re all a bit beige.

I don’t want to pin too much on the shoulders of young Marco Ghiani, but maybe Frankie’s fellow countryman will be the chosen one.

He is a charismatic guy and Dettori has taken him under his wing this year – hopefully some of that stardust has rubbed off on him.

It definitely doesn’t help that modern athletes are media-trained to within an inch of their lives.

The second a jockey gets a licence they are taught how to behave in front of the cameras and to be very careful with their words to the press. It’s such a shame.

Gone are the days when the likes of John Francome would mess around on TV and joke about burning off Christmas dinner by ‘giving the wife a good humping’. Displaying a bit of personality isn’t such a terrible thing.

The sad fact is that Frankie is the last of a dying breed and he is the final link to the days when racing and it’s coverage used to be genuinely fun.

The game has moved with the times and is a tamer beast as a result – maybe it is a pointless exercise searching for a replacement when Dettori is irreplaceable.

Let’s just enjoy him while he lasts.

OUR old friend Stephen Mahon has been in the news again.

If you aren’t familiar with him, he is the former trainer who was found to have subjected his racehorses to years of torment and neglect.

You know, the one who once starved a horse so badly that they ate away at their own legs? Yeah, him.

He should have been banned for life, but the weak Irish authorities suspended him for four years – before inexplicably reducing the sentence by six months on appeal back in September.

Yes, the delightful Mahon was back in hot water with the Irish Horseracing Regulatory Board this week as he faced a disciplinary panel for allegedly ‘intimidating’ a vet at Tipperary in July. 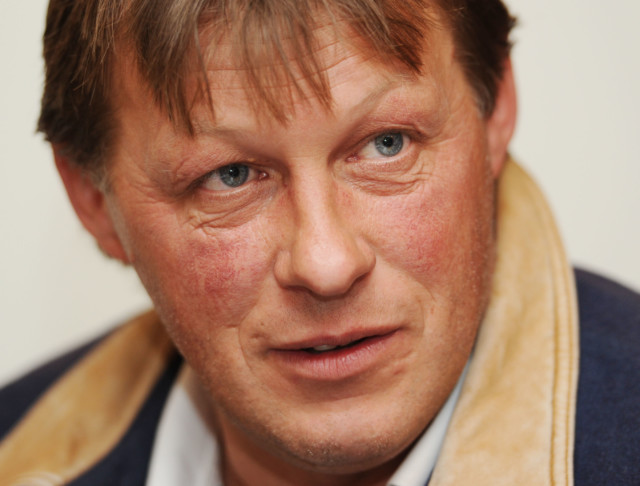 Mahon is currently serving a ban for neglecting his horses

After having his trainers licence taken away, he took a job as head lad with Galway-based trainer Pat Kelly – and several of his former horses went with him.

The incident in question occurred after one of his ex-runners was selected for random dope testing.

Mahon, who was shirtless and not wearing a mask despite strict Covid protocols, led the horse into the testing area and set out to make the vet feel as uncomfortable as possible.

He demanded that the vet show him the beaker that was being used to take a urine sample and was reluctant to leave the testing area when asked several times to do so.

His punishment for behaving in such an unsavoury way towards an IHRB official? A £400 fine.

Apparently, the panel took into account that he was ‘under stress’ at the time of the confrontation. Unlike them, I struggle to sympathise with an animal abuser.

The IHRB gets plenty of stick and you can see why, they really don’t help themselves. How many more chances are they going to give him?