Can you spot why this jockey was accused of showing off in ride dubbed ‘one of the best you’ll ever see’?
Advertisement 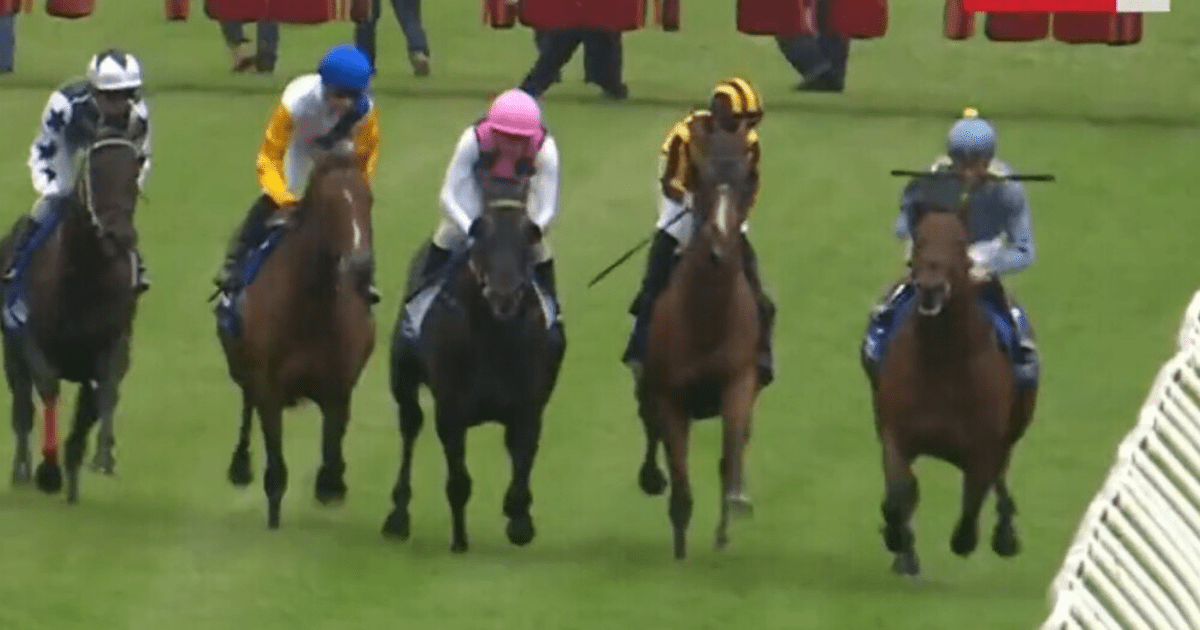 A TOP jockey was accused of ‘showing off’ in a ride dubbed ‘one of the best you’ll ever see’.

Blake Shinn was praised for his exceptional skill in the saddle – despite not actually winning the race.

The 35-year-old Aussie rider has won connections more than £60.7million during his career.

But he earned every bit of it with this ride on three-year-old colt New Level.

Disaster struck straight out of the stalls when Shinn lost his iron – meaning his right foot came out of its stirrup.

That usually signals the end of any horse’s chance because it means the jockey has given up a load of control.

But Shinn was not going to give in that easily.

And he did something very rarely seen during a race.

He moved his whip from his hand and placed it in his mouth, keeping it there by clamping down with his teeth.

Not an easy task when travelling 40mph on a horse weighing 500kg.

But it meant Shinn was able to try to correct himself as best he could and ultimately finish the race.

One punter said the move was so good it was akin to the jockey ‘showing off’.

A bit harsh maybe, as he was just trying to get the horse and himself round safely.

Most punters were simply floored that Shinn was able to pull off such an intricate move when travelling that fast.

One said: “One of the best rides you’ll ever see!”

One Twitter user posted: “Hell of an effort that!”

Another comment read: “Magnificent riding display by @blake_shinn there at Sandown with no offside iron for entire race.

“Carried whip in mouth for majority of race until straightening.”

While one stunned punter wrote: “Has Blake Shinn always carried the whip in his gob?

“I’m obviously no jockey but I can’t recall seeing that before.”

Jockey Richard Patrick lost his irons at Hereford on Monday but managed to win – despite his nether regions taking a battering.

Did you miss our previous article…
https://www.sportingexcitement.com/horse-racing/ill-lump-on-wherever-he-goes-templegates-huge-629-1-cheltenham-festival-treble/

In this article:accused, ride, showing