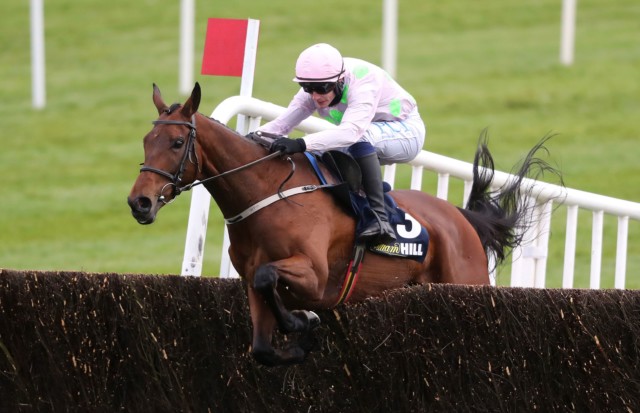 LIKE a pair of top-class heavyweights, Allaho and Chacun Pour Soi went at it from the off.

But it was Chacun Pour Soi and Paul Townend who always held the knockout blow in the William Hill Champion Chase.

The Willie Mullins pair exchanged jabs as the flag dropped taking it in turns to lead the field of six.

However it was always those in the Chacun Pour Soi corner who sat more comfortably.

Allaho and Rachael Blackmore looked to be throwing in the towel turning in, but to their credit ran on for second.

Chacun Pour Soi broke their hearts and cruised to a monstrous five-and-a-half length victory with a silky smooth round of jumping.

British raiders Nube Negra and First Flow tried to make a fist of it but we were held in third and sixth.

It was a sixth win the race for Mullins, who said: “I think they were just on song today, both Paul and Chacun Pour Soi.

“They gave an exhibition of jumping and racing. He just had horses out of their comfort zone from very early on.

“Cheltenham was disappointing – I felt it wasn’t the Chacun Pour Soi that we know.

“I don’t know why he did what he did at Cheltenham, and maybe we just weren’t positive enough on him. Anyhow, he was disappointing, but it’s good to see that he’s back to himself.”