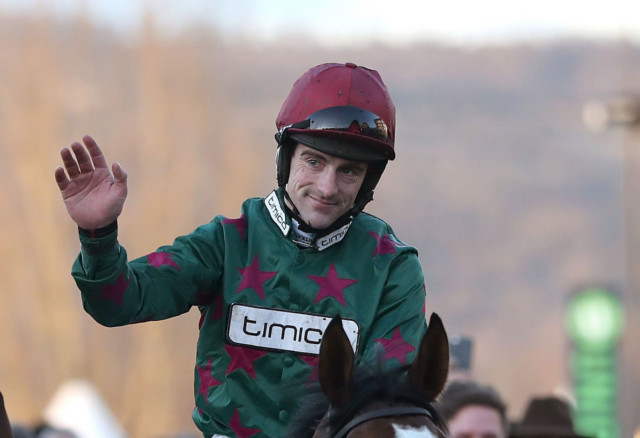 CHAMPION Jockey Brian Hughes is determined to keep the trophy in the north this season.

But he admits he faces a growing number of threats in a Jumps season like no other.

Hughes, 29, won his first title last season after landing 141 wins and he’s sitting pretty at the top of the table already this campaign.

But despite the 36 victories to his name since the shortened season got underway in July, Hughes reckons he’ll face a tougher task this time around.

He said: “We’ve had an OK start, and it has been steady for the last month because the winter horses are not quite ready.

“I’ve got all of Donald McCain’s and Nicky’s Richards to come – and I ride plenty for Brian Ellison, James Ewart and Keith Dalgleish – so I will have plenty of horses to go to war with.”

Richard Johnson had won the four previous championships since AP McCoy retired and he’ll likely be the main threat this time round once more.

Johnson suffered a broken arm which ended his chances last season, but has notched 23 winners already. However, it’s the winter months that will decide who comes out on top.

Paddy Brennan and Harry Cobden have made fast starts and sit second and third, with Sam Twiston-Davies in fourth.

Hughes added: “I’m looking forward to the challenge of trying to win it again.

“It’s not going to be easy – because a lot of the other lads, with the different set-up over the summer, are a lot closer, but that is what sport is about.

“I’ve just got to keep my head down, keep safe, fit and healthy and simply try my best.

“At the end of the day, I will just worry about myself and try to do the best job I can do, and I imagine the other lads will be trying to do the same.”

Advertisement. Scroll to continue reading.
In this article:Richard Johnson