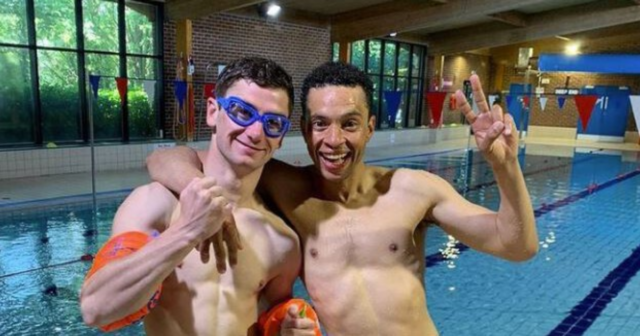 The Champions League hero, 30, could not stop laughing at the image of the riders in some dodgy trunks.

Murphy, left, and Levey had fans including Chelsea star Alonso in stitches with this pic
Levey, 33, didn’t mind showing off his toned body in some skimpy Speedos

Murphy, 25, posed in some bright blue shorts complete with armbands and goggles, while Levey, 33, revealed his ripped body in some tiny Speedos.

Being world-class jockeys, they have to maintain a tiny bodyweight year-round.

But one fan cracking up at their look was Blues ace Alonso, who commented on the photo with four laughter face emoji.

Murphy captioned the image: “Swim lessons courtesy of @championsseries. Congrats to @leveysean on being quicker threw [sic] the water.”

Looking at what Levey was wearing, fellow jockey Paddy Bradley commented: “He was streamlined in them Speedos.”

Murphy has been in scintillating form lately but faces a real battle to reclaim his top jockey title.

The Irishman is in a three-way fight with William Buick and Tom Marquand.

Murphy was last month crowned top jockey at Royal Ascot for the first time – even though one of his best winners dumped him to the turf after a race.

The honest and open rider apologised to punters last week after a mid-race move cost him victory on 5-6 favourite Peggoty.

Murphy looked a banker at Bath until he decided to go out wide late on, leaving too much to do to catch Marco Ghiani on 14-1 winner Kensington Agent.

Speaking to Sky Sports Racing afterwards, Murphy said: “Apologies to anyone who supported the horse. It was my fault.

“I thought the gap would open at some stage and then I shifted right and it actually opened up where I was.

“If I had stayed where I was for another stride I’d have won. 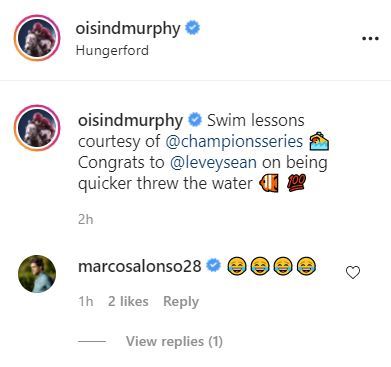 Alonso was cracking up at the brilliant photo 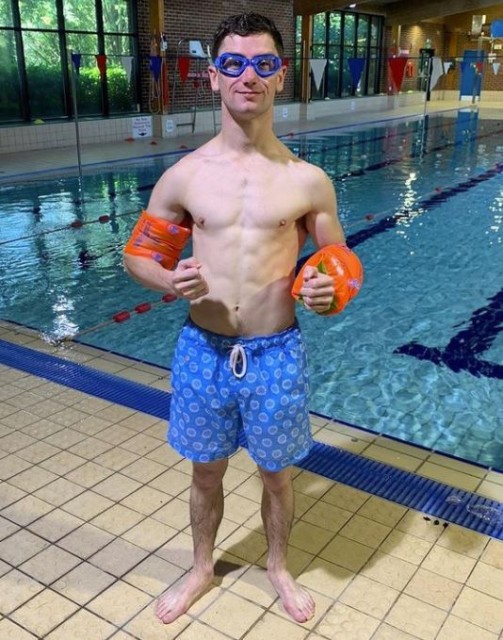 Asked by presenter Bob Cooper how he could possibly have known the space would open up a split-second after he changed route, Murphy was brutally honest.