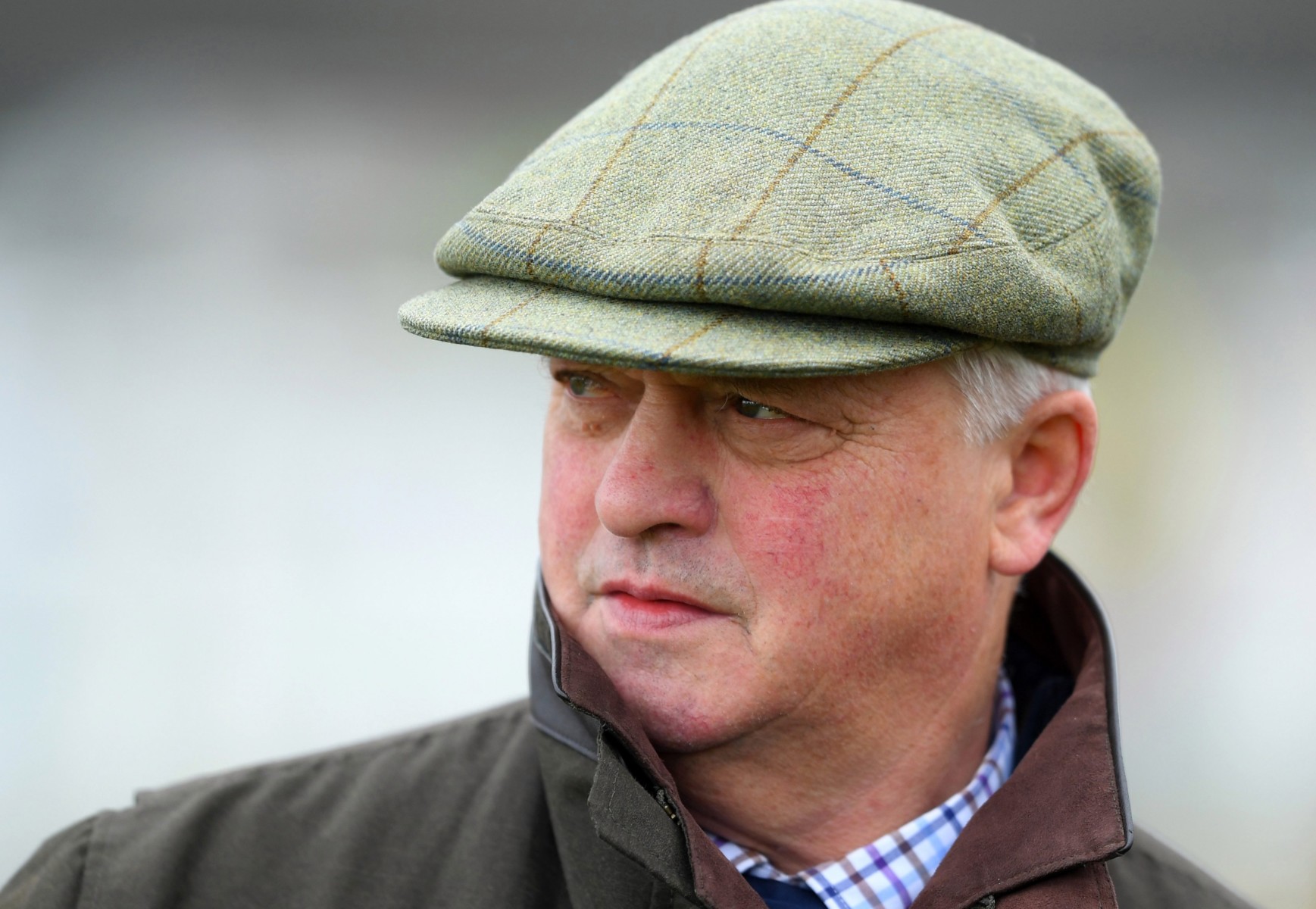 COLIN Tizzard is set to have one of his strongest teams to date at the Festival despite missing key cogs Thistlecrack and Native River.

The Venn Farm maestro and son Joe Tizzard gave the lowdown on their squad with just a week to go until it gets underway.

I quite like the fact he has gone a bit quiet now as he can come in there without too much pressure and we feel we have him right back to where we want him.

He has been freshened right up and he goes there really well. We’ve not lost any faith in him. The season was going perfectly after Haydock and the wheels fell off a bit at Kempton.

We have tweaked his wind as he has had a soft palate operation since, but that is something that was mentioned before.

I think he perhaps had a harder race than we thought (at Haydock), it was only three and a bit weeks before and it perhaps just left its toll a bit. He really has come back to himself at home and he looks a picture.

He has got a live chance going into it as he is a good horse. We are really happy with where he is.

Although he is a big horse, he wouldn’t mind it drying out as the week goes on, as Robbie has maintained that as he is a Flemensfirth, he would be better on top of the ground.

He has got cracking form around Cheltenham – he won the Dipper (last year), then he was second in the JLT.

There is always that question mark about that extra couple furlongs up the hill and it takes a lot of getting, but if there is some genuine good to soft ground, I think he could just travel into it and be bang there at the last.

It (trip) shouldn’t be a problem as he got three miles around Aintree really well last year.

He has been so progressive this season. It was a lovely first run, where he needed it, and then we had a go at handicaps at Wincanton and Newbury, which he won.

The first time we stepped him up to a Graded race was in the Reynoldstown at Ascot and he improved again. He jumps and stays and is very straightforward and very relaxed.

We have had a lot of conversations about where we are going to run him, but Dad and I are leaning towards the RSA, and so are the owners. He has got the pace to handle it and if he takes another step forward, he would have a massive chance in it.

He is not completely finished. With another summer on his back he is going to grow into a serious horse and improve again.

He won nicely at Chepstow on his last run then we had a little setback with him, but he is back right.

He went for a gallop at Larkhill last week. He is an out-and-out stayer and is a young horse that is not fully exposed.

A decision hasn’t been made on where he is going to end up. He has got form over two and a half at Cheltenham, but he also won the Kauto Star over three miles.

We will see what the ground does. If it dries up we might stay over three, or he might drop back to two and a half if we thought the ground was going to be bit slower.

He could be a slightly forgotten horse. He is a very good horse in the spring.

Last year we suffered with ulcers all through the winter and we did well to get them right. He ended up with a four timer, including two Grade 1s at Aintree and Punchestown.

He was a bit fresh at Chepstow when he got beat, then he won the Rising Stars and by the time we got to Newbury, he wasn’t quite right.

He just doesn’t handle that winter ground nor the cold, but he does come right in the spring.

He did it well at Kempton the other weekend. We felt he was in good form going into it and he did it nicely in a competitive race.

He has got good Cheltenham form as he was fourth in the RSA last year. The Ultima is probably one of the most competitive races of the week, but he deserves to take his chance and ticks a lot of boxes.

He could be a cracking Grand National type for next season.

He has got outstanding form this season. He won a Tolworth last time and we have saved him for the Supreme.

A bit of rain this week will suit him as he handles soft ground really well. He is a lovely, big horse and his form is really good.

His coat is coming at the right time. He will be our only one in the Supreme as Master Debonair is going to go straight to Aintree.

I think Fiddlerontheroof has got a great chance, especially if the ground is on the slower side.

He is a gorgeous horse and he will run in the Ballymore.

We bought him at the Punchestown sales. He cost a lot of money, but he has done nothing wrong at all.

We would have taken him to Cheltenham on Trials Day at the end of January, but he was fighting with a horse next door when they got fed and he kicked the side of the stable, his hock swelled up an he got a tiny infection for three days.

It is a big ask on only his third start under Rules, to go and run in a race like this at Cheltenham. Envoi Allen is a hot favourite, but this is a very talented horse and he takes everything in his stride.

He is as exciting a young horse we have had come through our yard and could end up anywhere.

He has been very progressive and looked to stay really well over two-miles-five last time, so three miles won’t be a problem.

Three miles won’t be a problem for Lieutenant Rocco either. He has got a bit more to prove, but he has been mighty impressive in both of his runs and we are quite excited about him.

He’s got a great chance of running into a place.

Kilbricken Storm is Pertemps-bound and has dropped back to a mark of 140. He is an Albert Bartlett winner who off his form this season, as he has been competitive, would have a live each-way chance.

I think we are going to go to the County Hurdle with Eldorado Allen. He is on a workable mark and I think a fast-run two miles will suit him well.