Cheltenham Festival 2020: Henry De Bromhead on Honeysuckle, A Plus Tard, Notebook and the rest of his team
Advertisement 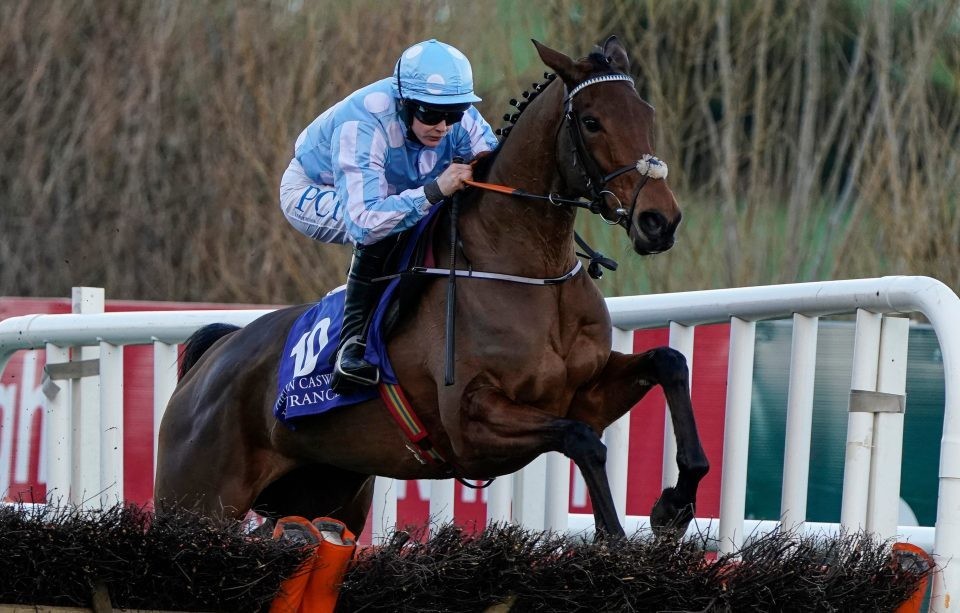 A DECISION on Honeysuckle’s Cheltenham target will be left until the last minute.

Trainer Henry De Bromhead and owner Ken Alexander are undecided on whether to run her in the Champion Hurdle or head down the Mares’ Hurdle route.

The brilliant mare coped with the drop back to 2m when a gutsy winner of the Irish Champion Hurdle earlier this month.

But she was made to work hard for victory there and De Bromhead wouldn’t commit either way on Tuesday.

He said: “Shes in both – she will run in one or the other! We will keep our options open.

“At the moment we are just concentrating on getting her there and we will see how everything unfolds.

“She is in mighty form and we were thrilled with her Irish Champion Hurdle win, it was only the last two hurdles she didn’t jump to well.

“She has never really been asked that strong a question before in her races so we saw a tenacious side to her. She had to dig deep.

Meanwhile, a tilt at the Champion Chase looks highly unlikely for Grade 1 winner A Plus Tard.

The six-year-old, who demolished his rivals in handicap company at the Festival last year, lowered the colours of Chacun Pour Soi in the Paddy Power Chase in December.

But Waterford-based De Bromhead said his sights are fixed firmly on the the 2m5f Ryanair Chase.

He said: “There werent many 2m4f conditions chases on a left-handed tracks so we dropped back in trip at Christmas and he couldnt have done it any better than he did.

“We were planning to run in the Dublin Chase but over that trip he would probably need slower ground.

“Hes in great form and we are pretty much going for the Ryanair. We have left him in the Champion Chase just in case it came up bottomless.”

He took off with Rachael Blackmore on his way to the start, so he will wear earplugs at Cheltenham in an attempt to keep a lid on him before the race.

And his trainer compared him favourably to his former Champion Chase-winning hero Sizing Europe.

De Bromhead said:”Hes had a great year. He has stepped up for fences which we always hoped he would. He won the Irish Arkle which was brilliant and he seems in good shape at the moment.

“I backed off ours quite a bit after Christmas and a few of them ran fresh at Leopardstown. Im hoping his antics was just down to that, but we will probably put earplugs in to get him to the start.

“He loves jumping fences and it has improved him no end. As a novice Sizing Europe was slick and Notebook seems very similar to him.”