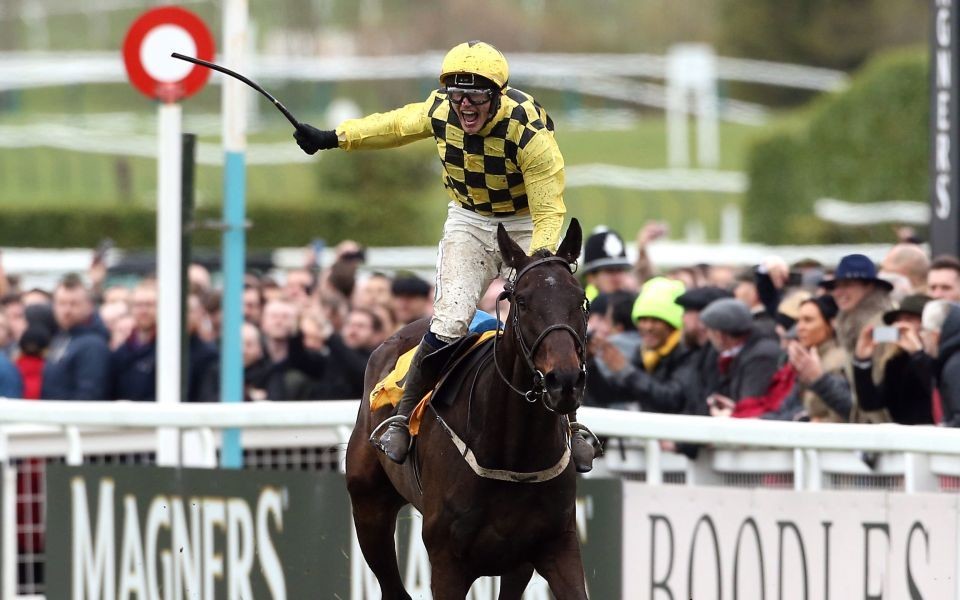 ‘CREATURE of habit’ Willie Mullins is hoping he can tread a familiar path to Gold Cup glory with Al Boum Photo.

The leading trainer reckons his star chaser is at the top of his game as he prepares to defend his crown at Cheltenham.

The eight-year-old, who heads the betting at 4-1 with Betfair, warmed up for the Festival with victory at Tramore – the same race he won 12 months ago before winning the big one.

And County Carlow-based Mullins couldn’t be happier with the horse’s condition.

Mullins said: “Last year worked out very well and I’m a creature of habit, so when it works well we want to do it again.

“He is nice and fresh off a confidence boosting prep run. It can be hard for Gold Cup winners to come back and win after the Gold Cup.

“I haven’t pressed that many buttons with him and he isn’t a horse who shows a lot at home.

“But we are on target, and with age and experience he could improve. He is going in there in good order and in a good frame of mind.

“He will have a school and a racecourse gallop before Cheltenham just to put the finishing touches to him.”

But plans for the brilliant Rich Ricci-owned pair Faugheen and Benie Des Dieux are not so clear cut.

Now a 12-year-old, Faugheen has found a new lease of life since going novice chasing this season.

He received a rousing reception when winning bravely in a Grade 1 at Leopardstown earlier this month.

And he could run in either the Marsh Novices’ Chase or the RSA Chase.

Mullins explained: “He is fit and well after his run at Leopardstown. Myself and Rich haven’t spoken about (his target).

“I couldn’t get over the reaction in the stands, if ever I was moved at a race meeting, and I’m not very often, it was that day.

“It was some reception. Florida Pearl and Hurricane Fly both got great receptions there but Faugheen got the best I’d ever seen.

“It’s amazing how the horse has captured the imagination. I’ve never said it’s over with him, I always wanted to go chasing with him before he retired.

“The horse is in great form. To me, 12 and 13-year-old horses still have plenty of life in them. I’m very happy that he has come back and proven a point. We have to discuss where he goes now.”

And Benie Des Dieux, who won by a street on her comeback at Gowran, could yet run in either the Mares’ Hurdle or the Stayers’ Hurdle – though the former seems more likely.

Mullins continued: “She was a very unlucky loser in the Mares’ last year. She is in that and the Stayers’.

“I’ve curtailed her chasing career because it is easier to keep them sound. She hasn’t run an awful lot because we have struggled to keep her sound.

“If I was to run her in a different race (at the Festival) I’d be looking at going up in trip, not down in trip. You’re guaranteed to get soft in the description on the first day which is a big plus for her.”