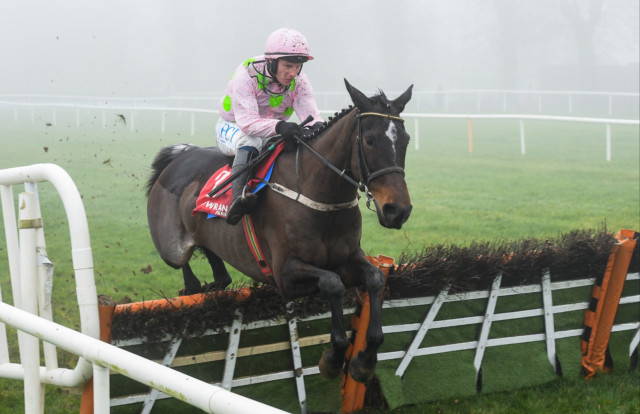 THERE may not be a traditional ‘Cheltenham roar’ as the flag goes down this year at the Festival.

But the show must go on and we have you covered with all the latest must have build-up as the big one edges closer.

Benie Out of Action

Willie Mullins has ruled his star mare Benie Des Dieux out of the Cheltenham Festival.

After she drifted on the exchanges for both of the two races she held entries in – the Paddy Power Stayers’ Hurdle and the mares’ hurdle – Mullins released a statement late on Tuesday.

He said: “Benie Des Dieux hasn’t been pleasing me in our quest to get her to Cheltenham and regrettably we have had to make the decision to withdraw her from the festival.

“I’ll try to get her to make Punchestown but we’ll have to see how things go. It’s very disappointing for everyone as we thought she would make it to Cheltenham but unfortunately time just ran out.”

Unsurprisingly Mullins still holds a strong hand in the mares’ race – he’s won it nine times since it was added to the Festival in 2008!

Concertista remains the red-hot favourite at 11-10 with Betfair and Paddy Power and 6-5 with Betway.

Last year’s 50-1 Festival hero Lisnagar Oscar is in line to run for Rebecca Curtis. He’s not been himself in two starts this season but is still only eight and has had a wind-op. Don’t give up on him just yet.

Warren Greatrex will send Emitom back over hurdles after a break. He’s currently 33-1 for the Stayers’ but went off at only 10-1 for the big one last season.

A bold showing at Haydock on Saturday and he’ll shoot back up the betting.

Did you miss our previous article…
https://www.sportingexcitement.com/horse-racing/worried-punters-shell-shocked-at-lingfield-fall-that-sadly-killed-horse-and-left-jockey-daryl-jacob-very-sore