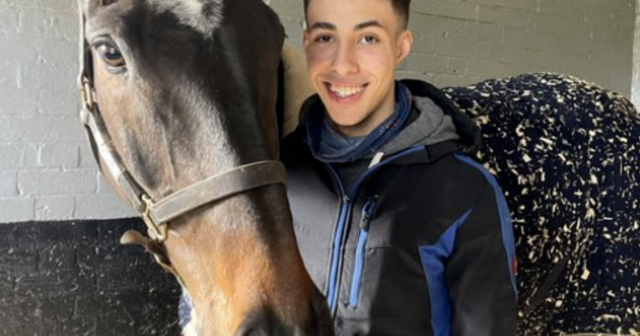 IF Carlsberg did jobs in racing, they would probably look something like Jaydon Lee’s.

The 20-year-old stable lad doesn’t just ride one of the best jump horses in the country – he gets to ride TWO.

A big racing fan as a kid, the Leamington Spa native joined Nicky Henderson’s yard straight out of school a little over three years ago.

And purely by chance he was paired up with Shishkin and Constitution Hill, two of Britain’s leading contenders at the Cheltenham Festival.

Lee, a Chelsea and F1 fan with a hint of a Brummie accent, first caught the racing bug when watching big meetings on the tele and going for days out at Warwick races.

He dreamt of being a jockey, with Barry Geraghty among those he idolised, but he started to shoot up through his teens and became too tall for a career in the saddle.

He still qualified from the British racing school and was given a shot by six-time champion trainer Hendo.

Lee said: “I’m not from a horsey background but I started watching racing when I was about 10-years-old and was hooked on it.

“It was only me and my mum at home but working in racing was what I wanted to do so I left when I was 16 to go to the British Racing School in Newmarket.

“This is my first job in racing and everyone gets four horses to look after here, the assistant trainer hands horses out to all the stable staff.

“Shishkin arrived in the yard a few weeks before me, then one day I checked the board and my name was next to his.

“It’s luck of the draw to be honest, and Constitution Hill and Pentland Hills are part of my brigade too.” 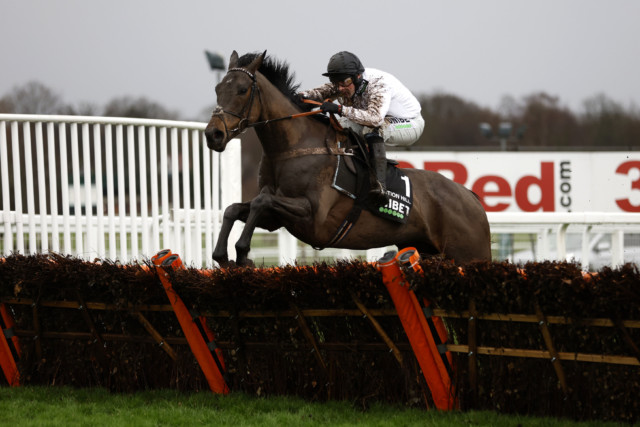 Not a bad trio for someone with no ‘racing blood’, with the lightly-raced hurdler Glynn completing his awesome foursome.

Lee adores the Champion Chase favourite Shishkin, and he is the first horse he visits when he arrives for work every morning at 6.30am.

You can see why. On the track Shishkin is an absolute beast, but off it he is a big teddy bear, lapping up attention from anyone who visits him in his box at Seven Barrows.

He said: “I ride him out every day, he is a lovely straightforward ride. He can have a bit of a jump about when he’s fresh and take a bit of a hold with me on the gallops, but I enjoy that.

“Otherwise he is very relaxed, he is a really chilled character and enjoys it when people come and give him attention. He likes having people in his box with him.

“He is the first one I muck out and it’s a dream really to get to ride him every day. I share the ride on Constitution Hill, and he couldn’t be a more different horse.

“He is so laid back and it takes plenty of work to get him going on the gallops because he is so relaxed.”

Talking of relaxed, Lee is so laid back it’s a surprise he’s not horizontal.

The same couldn’t be said of Hendo, who is known to get nervous ahead of big meetings.

Lee joked: “The boss and Sophie (Henderson) are great to work for, they look after you. The boss might get a bit stressed but as long as you tell him the right things he’s alright!”

Lee’s emotions were clear for all to see at Ascot in January, though, when he was caught on ITV Racing celebrating wildly when Shishkin ran down Energumene.

It was billed as the biggest race of the season and it lived up to the hype, so he couldn’t help but get swept up in the atmosphere.

“I don’t normally give it the beans like that but it meant a lot – I was nervous beforehand and it was a relief as much as anything,” he said.

“There was a big build up and it was a great buzz when he did the business.”

He has squeezed several brilliant days into his fledgling career already, what with Shishkin’s two previous Festival wins and Constitution Hill’s easy victory in the Tolworth Hurdle.

It will be a surprise if he doesn’t have a couple more this week.

Constitution Hill is “in great form” ahead of the Supreme, while Shishkin has “everything in his favour” ahead of the rematch against Energumene.

Lee continued: “Just to go to Cheltenham with a chance is a dream, but I’ve led Shishkin up at the Festival twice and he has won both times.

“It’s amazing and I can’t wait for the Festival again. My job is to get him there safe and sound and as soon as I let him go off down to the start I hand the reins over to Nico.

“My nerves have been fine beforehand, because both horses are all good so I’ve got nothing to worry about.

“I fancy us to come out on top again against Energumene. We’ve got the course form and he prefers going left-handed.

“It looks like Energumene jumps a little out to his right so we have more in our favour this time around.

“Not everything went our way at Ascot, he pecked at one down the side and looked beat two out but he still managed to get it done.

“It’s very tough to peg back a Mullins horse like that and he was going away at the finish. Bring on round two.”

Advertisement. Scroll to continue reading.
In this article:ifcarlsbergdid, inthecountry, justride