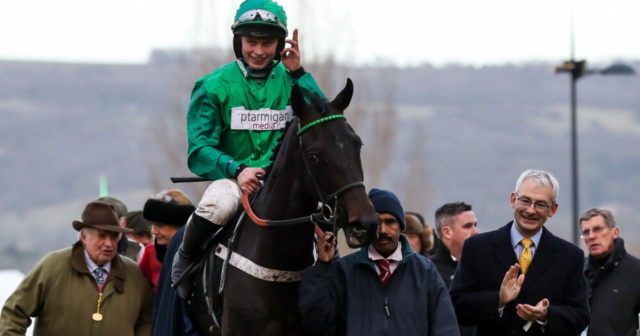 THE 2022 Cheltenham Festival is fast approaching and we are starting to get a feel for how the markets for the meeting’s top races may shake out.

Call Me Lord is already a winner at Cheltenham

Cobbler’s Dream was an impressive winner of the Lanzarote Hurdle at Kempton on Saturday but it was the run of third-placed Call Me Lord which alerted my Festival senses.

The race was controlled off a steady pace from the front, with the two horses that made the running coming home first and second.

The only held-up runner to get even close was Call Me Lord, who picked up well without threatening the leading pair to finish a staying-on third.

I immediately thought the Coral Cup looked the perfect race for him and was delighted to see firms offering a tasty 25/1 about him for the 2m5f handicap hurdle.

Call Me Lord’s days of being competitive in the top Graded races appear to be behind him but he still retains enough class to go close in a race of this nature at the Festival.

Once rated in the mid-160s and a Grade 2 winner in his pomp, he ran off 144 at Kempton on Saturday and is unlikely to go up again between now and March, provided Nicky Henderson doesn’t run him again.

If that’s the case, I think he’d be seriously well handicapped for a race in which he would have a much stronger pace to aim at than he got in the Lanzarote.

His profile reminds me to some degree of William Henry, who won the 2019 Coral Cup as a nine-year-old for Henderson.

He was a classy hurdler in his younger days and won the Lanzarote as an eight-year-old before going on to take the Coral Cup the following season.

Call Me Lord is now at the same age and after career novice chasing, I think he looks perfectly placed to snare a big festival prize for a trainer who has won two of the last three Coral Cups.