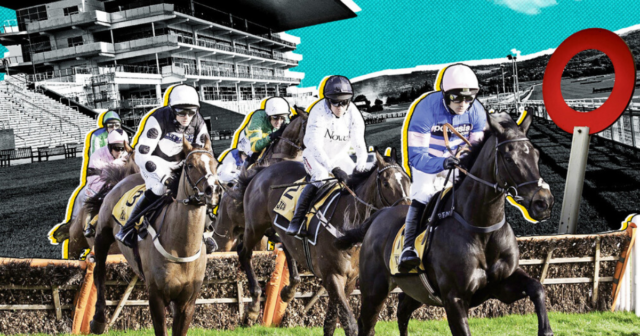 THE Cheltenham Festival ante post markets are in full swing – and with it the chance to back horses before their odds shorten massively.

It’s a fiendishly difficult game though.

You need to find the right horse in the right race at the right odds.

No wonder, then, that so many fall before we even get to the first race in March.

That doesn’t stop us trying though.

Here, we think outside the box and look for anything that could land us a triple digit winner.

American Mike 11-4 in the Champion Bumper

OK maybe it’s not bang on 100-1 but this treble does include two favourites and a second-favourite.

Unbeaten in his last three, this four-year-old might like a bit more cut in the ground than he will get at the Festival.

But his undeniable talent could easily see him through anyway, especially given the strength of his form from a Down Royal victory last October.

Third in that Down Royal race was Inca Prince, who has since won two races for Ruth Jefferson at Catterick and Musselburgh and now runs off a mark of 121.

Fil Dor is favourite for the Triumph Hurdle and, further adding to that Down Royal form boost is the fact Quilixios won the same race in 2020 before winning the Triumph last year.

American Mike is another Cullentra inmate who will run in the fiercely competitive Champion Bumper.

Owned by the big-spending Bectiv Stud, this five-year-old has never tasted defeat and was beyond impressive when battering rivals at Navan at the end of last year.

Sir Gerhard won that same race in 2020 before going onto win the Champion Bumper by half-a-length from Kilcruit last year.

Elliott knows the formula for American Mike and Fil Dor is tried and tested so expect him to stick to it for this year too.

Blue Lord is the only one of our trio not trained by Elliott and not currently a favourite for a race at the Festival this year.

But he has been impressing for Willie Mullins, winning his past two races at short odds and by a combined 20.5 lengths.

Ferny Hollow – another Mullins star – heads the betting for the Arkle currently, and deservedly so.

That being said he did jump a bit left when seeing off Riviere D’etel in a Grade 1 at Leopardstown over Christmas.

Blue Lord cannot match that victory at as high a level right now but is obviously being fancied as a massive improver by punters.

Booked for second until falling in the Supreme behind Appreciate It last year, Blue Lord looks much better suited by chasing.