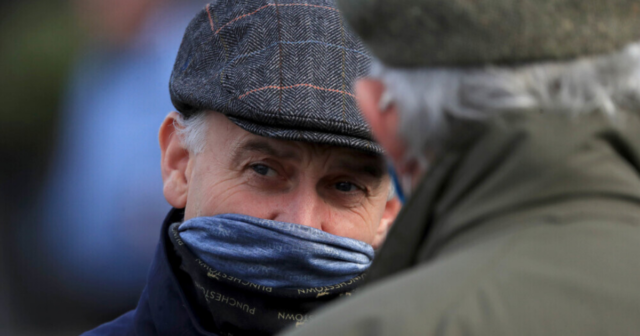 THERE has been a real shake up in the Festival ante post markets – and things are really getting tasty now.

The Stayers Hurdle was rocked as both Klassical Dream and Champ flattered to deceive in their respective assignments at Gowran Park and Cheltenham.

We also saw another Willie Mullins horse shoot to the top of the market for one of the novice chases at the Festival, as Stattler battled hard against Farouk D’alene to keep his unbeaten record over the bigger obstacles.

This week also saw a number of the top betting firms go non-runner no bet (NRNB) on all 28 races at the Cheltenham Festival.

Punters can get stuck into the markets without fear their selections will not run in that specific race for any reason, so now’s a good time to throw some darts.

Onto this week’s tip though, and I’m going to be looking at the Ballymore Novices’ Hurdle.

As usual, I’m going across the Irish Sea for a horse I believe can build on his extremely pleasing debut over hurdles if he takes up the opportunity to run at the Dublin Racing Festival this weekend.

All being well, I believe the plan is to run in the Nathaniel Lacy Solicitors Novice Hurdle over 2m6f which should suit this Henry De Bromhead inmate well.

The horse I’m talking about is JOURNEY WITH ME, who I think can emulate his stablemate Bob Olinger, who Jamie Codd labelled a ‘God given certainty’ before last year’s Ballymore.

Codd turned out to be absolutely spot on, and I’m confident Journey With Me, who runs for the same ownership as the mighty Bob, can repeat his victory 12 months ago.

Journey With Me started off his career in the same bumper as Bob Olinger at Gowran, creating quite the impression when hosing up by 13 lengths.

Admittedly he has only ran once over hurdles but the form has worked out pretty well, with the second, Minella Crooner, bolting up next time out and subsequently becoming one of the market leaders for the Albert Bartlett.

Third in the race was bumper sensation Kilcruit, who cruised to victory on Monday at Punchestown to book his place in the Supreme Novices’ Hurdle.

To me this is pretty good form, especially for a debut run against horses who had more experience, both in bumpers and over obstacles.

There has been a question mark surrounding his target, with his trainer refusing to commit to either the 2m5f Ballymore or the 3m Albert Bartlett.

But with the same connections having an out and out stayer in Gerri Colombe nailed on for the longer race, I’d expect Journey With Me to stay at the intermediate distance.

You also have the unknown quantity of which horse Mullins will send to the race, with both Dysart Dynamo and Sir Gerhard near the top of the market for both this and the Supreme.

Ultimately I think it will depend on what Sir Gerhard does this weekend at the Dublin Racing Festival, and until then we can only speculate which of them will take the Ballymore route.

The only other thing I would mention is that Mullins does not have the best record in the race in recent years, and he often favours the Supreme for his best novice hurdlers.

He hasn’t won the race since 2016 with Yorkhill, so the hope would be that Mullins is more focused on other targets rather than the race in question.

Looking at the current market for the Ballymore, I’m not convinced it’s going to be the strongest renewal, with many of the market principles having options elsewhere.

I think Journey With Me will be much shorter on the day, providing he can continue to progress nicely, hopefully starting this weekend.

JOURNEY WITH ME – Ballymore Novices Hurdle at best price 7-1

13/2 TIGER ROLL in the Cross Country

20/1 SAINT SAM Each Way for the Turners Novices Chase

12/1 CAPODANNO with William Hill for the National Hunt Chase