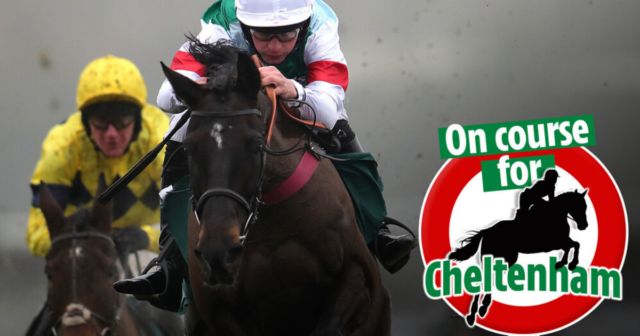 WE got some clues about the Cheltenham Festival handicaps at the weekend with some impressive performances at Kempton and Warwick.

One standout was Cobblers Dream winning the Lanzarote Hurdle by an impressive five lengths.

This six-year-old has really improved since moving to Ben Case and this built on his victory at Doncaster on debut for the yard.

He won this off a mark of 128 and, for once, connections hope the handicapper shunts him up a few pounds so he gets a run in the Martin Pipe or Coral Cup in March.

A 7lb hike should be enough on that score.

He’s a 25-1 shot for both races at the moment and it’s best to wait until the weights come out rather than have a bet now.

If he could take another step forward for Case, he’d be a live each-way contender for either race.

He’s won for a conditional rider before and has few quirks so the Martin Pipe may be the better option.

Venetia Williams is having a cracking season and landed another nice prize with Brave Seasca at Warwick.

He beat last year’s Grand Annual winner Sky Pirate comfortably and it wasn’t just down to the 20lb he was receiving from his elder.

Charlie Deutsch is rightly earning a reputation as one of the best jockeys over fences and he gave the seven-year-old a lovely ride.

He jumped well through the race after taking up the running early.

There is some difference of opinion from the bookie chaps about his Cheltenham chances. Prices range from 10 to 14-1.

If there’s still some of the latter on offer, he looks worth a small each-way tickle.

This was just his fourth run over fences and there should be a lot more to come.

The only slight concern is his liking for soft ground although it was decent when he won at Ascot before Christmas so as long as it’s not rattling he should be fine.

Advised: Cobblers Dream each way at 25-1 in the Martin Pipe

Did you miss our previous article…
https://www.sportingexcitement.com/horse-racing/three-heads-at-the-line-watch-amazing-three-way-photo-punters-are-already-calling-finish-of-the-year