Cheltenham Festival ante post tip: The Gordon Elliott pick who looks well ahead of the curve at 12-1
Advertisement 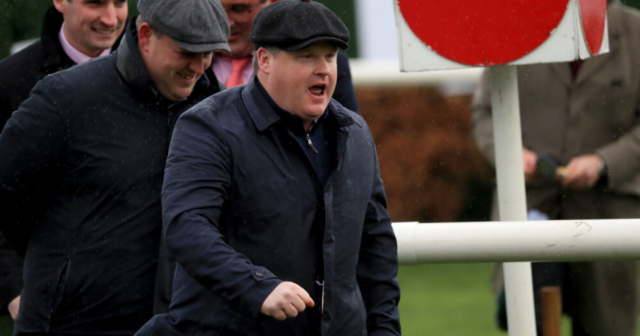 THE Dublin Racing Festival was a cracker last weekend, with Willie Mullins and Co releasing some of their top stars for a final run out before Cheltenham.

Last year nine winners at Cheltenham took part in a race at the DRF, so it’s an obvious point of reference when searching for ante post selections.

Once again punters enjoyed an extremely fruitful weekend at Leopardstown, with a number of favourites coming in to land accas, which hopefully means there are some funds in the kitty for Cheltenham.

For my selection this week I’m heading back to the handicaps, with one in the Grand Annual peaking my interest after his form got a further boost in Dublin.

The horse I’m talking about is BUDDY RICH, who looks to be taking a direct route to Cheltenham after some very promising performances against decent yardsticks before Christmas.

Presumably named after the mesmerising drummer, Buddy Rich was a six-length fourth to Dunvegan, who ran a very creditable second to Chacun Pour Soi on Sunday, making the winner work hard to claim his third Dublin Chase.

Before that Buddy Rich saw off multiple Grade One winner Ballyadam in a beginners’ chase, which is rock solid form.

We know novices do exceptionally well in this type of race, and off a mark of 138 could be well ahead of the curve when he arrives at Cheltenham.

If he ran in the race last year off that mark he would have carried 10st 6lb, a very generous weight for a horse of this calibre.

He has been off the track since November so will come in plenty fresh enough, and with man of the moment Davy Russell on his back and astute trainer Gordon Elliott having him cherry ripe for the occasion, I would think he’ll be popular on the day and could go off as short as 4/1.

This race has been mapped out for the horse all season, as Gordon tends to do with his horses, and I think everything will be in his favour come post time.

There will obviously be other horses with improvement to come, but this horse could end up being thrown in under these conditions come the Wednesday of Cheltenham.

7/1 Journey With Me in the Ballymore Novices Hurdle

13/2 Tiger Roll in the Cross Country

12/1 Capodanno with William Hill for the National Hunt Chase

20/1 Saint Sam Each Way for the Turners Novices Chase

In this article:Cheltenham, Cheltenham Festival, Leopardstown