Cheltenham Festival ante post tip: This novice could be at least half his 16/1 price come the Albert Bartlett
Advertisement 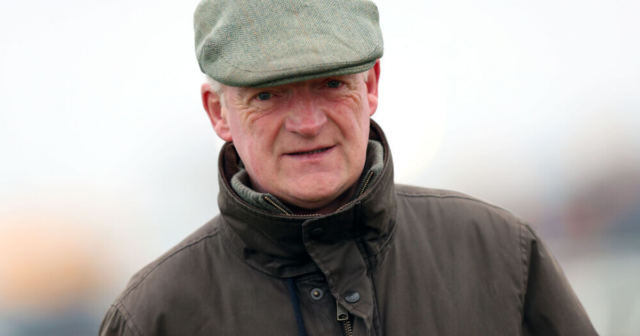 THE 2022 Cheltenham Festival is fast approaching and we are starting to get a feel for how the markets for the meeting’s top races may shake out.

Ferny Hollow’s injury last week underlines the risks of ante-post punting and many, myself included, were left staring at a big hole in their portfolios.

Anyway the show must go on and this week I think I’ve found a horse at excellent value for the Albert Bartlett.

This is a race for which the market has yet to come together, with connections on many entrants still weighing up what festival race they’ll go for.

As such at least two or three of the leading players are possibles for the Ballymore and so I think 16/1 about The Nice Guy is an excellent play.

Granted it isn’t ideal to be going to Cheltenham on the back of a win in a maiden but I was really impressed with his performance at Naas on Sunday.

Over what looked an inadequate trip of 2m3f, he travelled strongly throughout and put clear distance between himself and the second after the last.

It was a powerful staying performance in conditions which were far from ideal – a point Willie Mullins was quick to point out afterwards.

What’s more, Mullins identified the Albert Bartlett as the horse’s Cheltenham target after the win.

That’s important because a commitment of sorts at this stage is valuable information for the ante-post punter and I’m happy to take 16/1 now under the pretence connections don’t change their mind.

I think that price could be half on the day with the possibility that at least two of the top three in the market (Ginto, Journey With Me and Hollow Games) could be rerouted elsewhere.

You need a grinder in the Albert Bartlett, a horse who definitely has the ability to stay.

The Nice Guy won two bumpers over two miles in such style and the manner of his success on Sunday only underlined those credentials.

Winning this race on the back of a victory in novice or maiden company is not unheard of.

Kilbricken Storm did in 2018 and I think The Nice Guy is a far more exciting prospect than that.