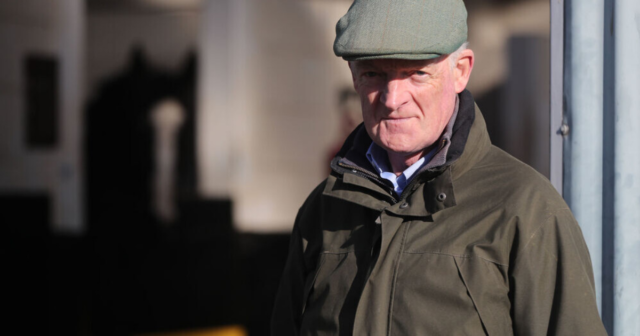 THE 2022 Cheltenham Festival is fast approaching and we are starting to get a feel for how the markets for the meeting’s top races may shake up.

There will be hits and misses, with key meetings in the run up to the festival and with almost inevitable injuries to contend with.

But all being well, we’ll make it to the start of the festival with a few healthy ante-post positions.

Until Telmesomethinggirl’s victory in the this race last year, Willie Mullins had won all five previous runnings and I fully expect his stranglehold to be re-established this year.

Mullins has five of the top six in the betting this year, with Statuaire, Brandy Love, Dinoblue and Grangee all having excellent cases.

However, I think 7/1 about Allegorie De Vassy is too good to pass up at this point, especially after she hosed up on her Irish debut at Fairyhouse on New Year’s Day.

She was a close third behind two decent mares at Auteuil on her last start in France before joining Mullins, but appears to have a made a big leap since.

She eased away from runner-up Monishter Are Mwee turning for home – form that looks solid on the basis of that runner-up’s defeat of subsequent wide-margin scorer Guilly Billy at Clonmel in October.

She’s a big imposing mare, who looked to have several gears still to hit as she bounded clear in the closing stages to win by 11 lengths.

The obvious question is whether she can prove the best from her own stable – I think she will.

With Statuaire needing to carry a penalty at Cheltenham for her Royal Bond victory and Brandy Love looking more of a stayer, I love Allegorie De Vassy’s chances on these terms.

It’s worth in bearing in mind though that she would have to carry a penalty herself if winning a race like the Grade 3 Solerina Hurdle at Fairyhouse later this month.

Time will tell where she goes next but I think she could be at least half this price come March.

A name to note at @Fairyhouse