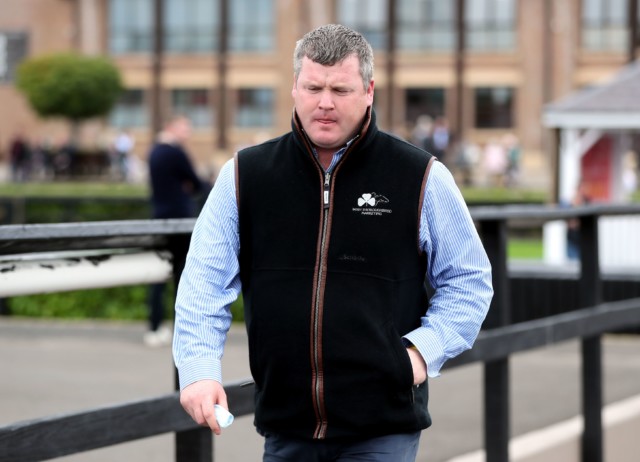 IT is never too early to start thinking about the Cheltenham Festival.

The jumps season is yet to get fully underway but there are some names to look out for at Listowel’s Harvest festival this week.

Could Gordon Elliott unleash a potential Cheltenham winner at Listowel?

Willie Mullins, Henry de Bromhead and Gordon Elliott will all unleash a small handful of exciting prospects over the coming days.

Some come with big price tags, others with classy form and it will be fascinating to see who can can force themselves into the Cheltenham picture.

Here are five names to keep a close eye on.

Trained by Mullins, this mare’s two runs of fences have hinted at serious ability.

She mopped up a beginners chase at Tramore by ten lengths before travelling effortlessly into contention in a Grade 3 at Galway.

A fall at the last put paid to her chances but the run oozed quality and she was introduced at 20-1 for the Mares Chase at Cheltenham as a result.

She runs in the mares’ novice chase at Listowel on Wednesday. A win and convincing display of jumping will surely see her festival price clipped.

JP McManus saw enough quality from this mare at the end of last season to warrant adding her to his enviable roster of horses for the coming season.

She makes her debut over hurdles at Listowel on Wednesday, a race she should win if carrying her bumper form into this new sphere

A winner of two bumpers last year, the six-year-old then ran a career best to finish third in a Grade 3 at Punchestown to finish the season.

A race like the Mares’ Novice Hurdle could be on the agenda next March should she progress over obstacles.

This novice hurdler looks to be going in the right direction and runs in a 2m novice hurdle hurdle at Listowel on Wednesday.

Twice a winner over the summer, he beat another well-regarded member of Mullins’ ranks, Tax For Max, at Galway when last seen.

That same rival beat Farout by 18 lengths in February, underlining the progress that has been made.

He will need to improve again to make it to a races like the Supreme or the Ballymore at Cheltenham but he’s in the right hands to make such a leap.

Party Central’s form in mares’ bumpers last season was smart and she returned to action at Listowel on Monday with a smart debut over hurdles.

Her trainer Elliott will have plenty of other ammunition in the mares department this season but she will not be far from the top.

Her gutsy performance at Listowel impressed plenty of bookmakers and she is now as short as 16-1 for the Mares’ Novice Hurdle at Cheltenham.