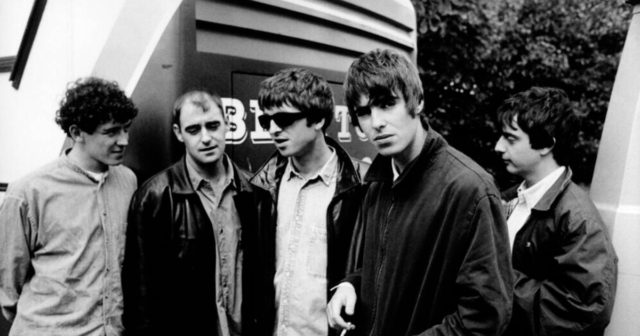 THERE’S no maybe about it – a horse named after iconic Oasis song Wonderwall definitely has his owners dreaming of Cheltenham Festival glory.

And they are also eyeing up landing a monster ante post punt after the exciting five-year-old went supersonic with victory at Doncaster on Tuesday.

And now he has his owners – who also have horses with the names Cigarettesnalcohol, Roll With It and Champagne Supanova – dreaming of bashing the bookies as well with victory at the home of jumps racing.

Phil Cunningham’s Rebel Racing group own Wonderwall, who got a quote of 33-1 with Paddy Power for the Ballymore at March’s Festival following his three-length win on Tuesday.

But a few of those involved with the runner got bits on at 66s and 50s before his 2m 5f maiden hurdle Doncaster triumph.

After seeing off the Nicky Henderson-trained odds-on favourite City Chief, Spencer waxed lyrical about how good the horse is – and could be.

He said the gigantic runner is a Gold Cup contender in the making and has stacks of potential to improve massively.

Spencer, who is more known for winners on the Flat, told Sky Sports Racing: “He’s a very good horse.

“He doesn’t respect a hurdle as well as he does a fence, he’s a Gold Cup horse in our eyes.

“We don’t want to spoil him and ruin him but the Ballymore’s the plan.

“I know the lads have backed him each way for the Ballymore ante post and that’s the plan.

“If we can get another run into him before that would be great.

“He finished seventh in last year’s Champion Bumper and James (jockey, Bowen) didn’t even hit him.

“There’s Trials Day at Cheltenham and Huntingdon in February, I’d like to get another bit of experience into him.

“We’d love a Cheltenham winner. It’s my home track, I grew up near there.

“We’ve had a Royal Ascot winner, it would be great to have a Cheltenham winner.”

Spencer’s interview with Luke Harvey was interrupted by cheers from Rebel Racing, the group led by Phil Cunningham who own the horse.

The trainer added: “There’ll be a bit of drinking now… I’m meant to be doing Dry January!”

Wonderwall was the second runner on an Oasis-themed day of racing.

Some punters piled into a 150-1 treble of Champagnesuperover, Wonderwall and Roll With It.

But Champagnesuperover let the punt down after finishing fourth in the 1.40 at Doncaster.

Rebel Racing will hope for better luck in March, where victory in the Ballymore will bring with it a cheque for around £100,000.