Cheltenham Festival: Which huge favourite will sting punters by flopping on the day?
Advertisement 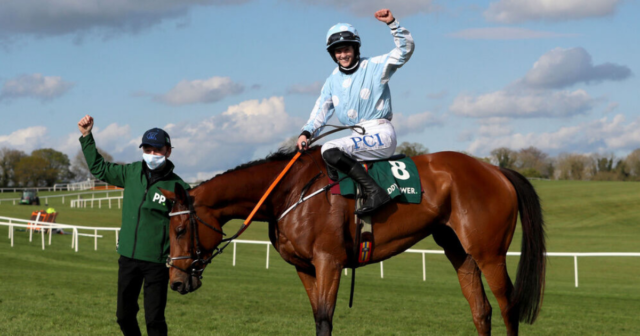 THERE’S no secret to beating the bookies at the Cheltenham Festival but being on the right side of a big upset can be a real help.

Last year it was Envoi Allen’s defeat in the Marsh Novices’ Chase that made the headlines – much to the dismay of thousands of punters.

Is Honeysuckle the banker of the Festival?

Looking through the markets there’s six favourites who really stand out this year, several of which may be forming the cornerstones of your ante-post multiples.

So who’s most likely to sting us punters this March?

If there’s almost a certainty on this list, it has to be Honeysuckle in the Champion Hurdle.

Still undefeated in 11 starts, nothing appears to be even close to her in the two-mile hurdle division.

Her biggest market rival, Appreciate It, hasn’t even run yet this season and if Honeysuckle wins another Irish Champion Hurdle next month 8/11 could look big.

Nothing is ever a certainty at Cheltenham but Honeysuckle is as close as it gets.

The answer to this one will become an awful lot clearer at Ascot this Saturday, provided we get the much-anticipated clash between Shishkin and Energumene in the Clarence House.

It’s rare these days that we get a match-up like this in advance of the big spring festivals so this should be about as informative as a pre-Cheltenham race gets.

Shishkin has been utterly superb, almost flawless, over fences thus far and already has Grade 1 Cheltenham form in the bank.

That said, not many other favourites at the festival will face a horse of the likes of Energumene and so the chance of an upset is indelibly higher.

Allaho put up arguably the best performance of last year’s festival and will take all the beating as he attempts to defend his Ryanair Chase crown this March.

Next-bets in the Ryanair market are Saint Calvados, a admirable horse but one generally considered to be just shy of top class, and Shan Blue, who is undoubtedly talented but will not have run for five months come March.

Allaho’s already won a Grade 1 this season and looks a class apart at present.

The only horse in training to have beaten both Appreciate It and Bob Olinger, Ferny Hollow is a serious talent.

He’s made the transition to fences look seamless this season and as such has assumed favouritism for the Arkle – a race won by Willie Mullins four times out of the last seven.

However, he will face some pretty stuff competition in this, namely from Edwardstone and his stablemate Blue Lord.

Ferny Hollow may yet prove several levels above his rivals but it’s clear he has more on his plate than some of the meeting’s other hot favourites.

One has to wary of getting too wrapped up in impressive pre-festival performances but Galopin Des Champs made that task tough over Christmas.

His performance in a beginners’ chase at Leopardstown vaulted him to the head of the Brown Advisory market and with good reason.

His jumping was superb, he travelled perfectly and he continued his sharp progression from winning a festival handicap last season.

However, like Allaho he will face a pretty promising band of rivals, which could include Bravemansgame, Ahoy Senor, Fury Road and stablemate Capodanno.

He looks talented but he’ll need to be to be assured of victory.

Many questioned Bob Olinger’s jumping after his chasing debut at Gowran – he answered them unequivocally at Punchestown on Sunday.

Smooth and clever over his fences, Henry de Bromhead’s burgeoning superstar enhanced his credentials for the Turners Novices’ Chase with a thoroughly professional display.

He’s already even-money favourite and provided he makes it to Cheltenham will surely go off a lot shorter than that.

His opposition looks thin at best and an upset here would be one of the biggest shocks of the week (although we’d have said the same about Envoi Allen this time last year).

Did you miss our previous article…
https://www.sportingexcitement.com/horse-racing/unvaccinated-trainer-fumes-i-dont-care-what-people-think-of-me-after-being-barred-from-racing