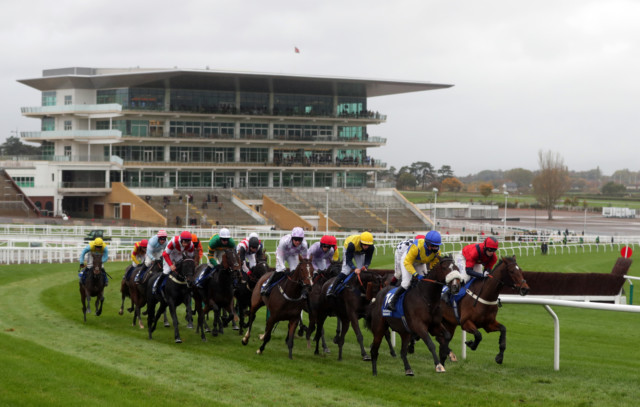 CHELTENHAM’S huge New Year’s Day meet is at threat of being called off with parts of the track waterlogged.

And with weather already causing havoc on the racing calendar this month, the Gloucester track is set to be hit with further sleet and snow.

Clerk of the course Simon Claisse said the forecast was ‘concerning’ and admitted the meet was ‘in jeopardy’.

He said: “The course is very wet. We will need to see a significant improvement between now and Friday.

“The meeting is currently in jeopardy. We have had 110mm of rain in the last 14 or 15 days, 70mm of that since Wednesday.

“It is a phenomenal amount of rain with a lot of local flooding.

“We would like to be looking at a dry forecast but we haven’t got that.”

While inspections at Kelso and Doncaster ahead of this afternoon’s jump fixtures are set to take place.

Tomorrow’s action at Haydock has already been called off due to four inches of snow covering the course – with the weather causing havoc this winter.

The Welsh Grand National, originally set for December 27, had to be rescheduled to January 9 after rain from Storm Bella flooded the track.

That marked the fifth abandonment of racing at the Chepstow track in the past ten years.

Limerick’s card on the same day was also scrapped due to waterlogging.

And Chelmsford’s meet earlier this month was called off after just one race due to thick fog.

That came a day after farcical scenes at Punchestown where again thick fog meant commentators could see practically none of the action.

Did you miss our previous article…
https://www.sportingexcitement.com/horse-racing/nicky-henderson-reveals-altior-among-several-sick-horses-after-shock-defeat-on-his-comeback-at-kempton