Chepstow Races: McFabulous much the best in Persian War as he opens up Stayers Hurdle possibilities for Paul Nicholls
Advertisement 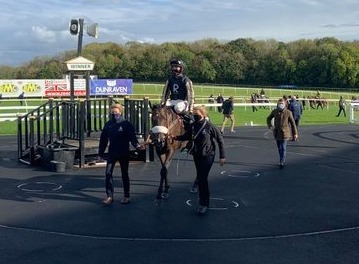 MCFABULOUS was an impressive winner of the Persian War at Chepstow as the Jumps season burst into life.

Happy to sit in rear for much of the race, Cobden made his move on the turn in on the 4-6 favourite and went to the front in a matter of strides.

Down the long Chepstow straight Fergal O’Brien’s Courtandbold did his best to make a race of it, but he was always coming off second best.

A tilt at the Stayers’ Hurdle is now on Nicholls’ radar for which the bookies cut him into a 12-1 shot.

Nicholls said: “He jumped great and travelled round as we’d hoped.

“People have said we should have gone chasing with him but I’ve got a serious feeling he’d be very competitive in a Stayers’ Hurdle this year.

“Another year over hurdles will do him good. We can run him in the Long Distance Hurdle on Hennessy day at Newbury and go from there.

“If he’s competitive there then we can go down that route and then if not we can then think about chasing.

“He’d never be an Arkle sort of horse anyway, one day he might be a Gold Cup staying chaser.

“He’s just a proper stayer. Last year he was just never a natural over his hurdles.

“But he’s ironed that out now and it’s a great division to go and target. There are some obvious races for him and Newbury will tell us a lot and three miles won’t be a problem.

“I think it’s an open division too and if you go chasing the RSA will always have some serious horses knocking about.

“Harry said the others were all going some gallop and he was just cruising all over them in second gear. He’s a lovely horse.”

Advertisement. Scroll to continue reading.
In this article:Chepstow, Newbury