Chris Caserta dead aged 26: Police find body of ‘beautiful’ jockey after he was swept out to sea during late-night swim
Advertisement 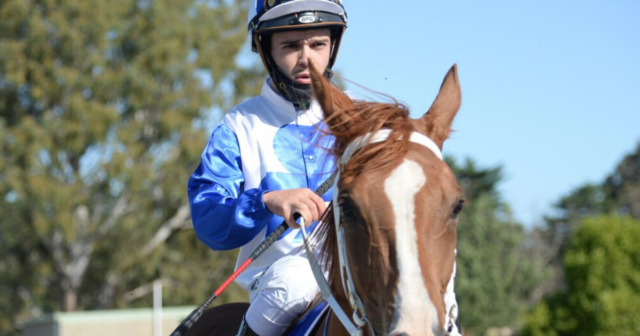 TOP jockey Chris Caserta has died aged 26 after police confirmed they had found his body following a frantic 36-hour search.

The Australian rider was swept out to sea by swirling currents after going for a late-night swim with a female friend.

Caserta was a hugely popular rider with 154 victories and more than £2.7million in winnings on the track.

A statement from Queensland Police said: “The body of 26-year-old Chris Caserta has been located in waters off Main Beach.

“Surf Life Saving Queensland lifesavers on wave runners found the body in the surf break just south of the sand pumping jetty around 8.30am local time this morning.

“The body has since been formally identified as Mr Caserta.

“Police will prepare a report for the Coroner.”

Thank you for all of the amazing memories and laughs we shared. You touched every single person you met along the way

He wrote on Twitter: “It has been a tough period for all that are so close to Chris. A beautiful, hardworking gentleman.

“The horses and all of the racing family will miss you Chris, and forever remember you!”

Caserta was at Surfers Paradise with fellow jockey Amy Graham when the pair decided to go for a swim.

A ‘traumatised’ Graham described the harrowing moments she tried to save her friend before he was swept away.

She said: “I thought I was going to die, I tried my best to save him, keep him calm and breathe without struggling myself.

“We didn’t even go that far but the ocean took us out. I didn’t even want to go in but I couldn’t let him go in alone.”

Graham, 25, who was taken to hospital in a stable condition, later added: “I’m lost for words It hit hard this morning when I realised your smiling face wouldn’t be seen to greet me at work anymore.

“I don’t even know how to feel, I don’t know what to say except that I’m sorry. I’m so sorry I couldn’t save you.

“I tried so so hard to make sure we both got out of there alive. Where ever you are, please know that I did everything I could to save you, and I wish I could have done more.

“Chris was the most genuine, positive guy I ever met.

“He did not deserve to be taken from us that night, and I wish I could have saved him.

“Chris, rest easy and keep smiling up there. We all love you.”

Racing in the country was plunged into mourning as news of the discovery spread.

A statement from the Victorian Jockeys’ Association said: “It is with great sadness the VJA can confirm the family have advised that police have found the body of Chris Caserta. RIP.”

VJA chief Matt Hyland added: “To lose such a gifted person and talented jockey in such sad circumstances at just 26 years old is extremely difficult to accept.

“On behalf of the entire Victorian jockey group, we extend our deepest sympathies to Chris’s family and friends.”

Caserta and Graham disappeared after going swimming after dinner and drinks on Wednesday night.

Passersby heard screaming and rushed to help just as Graham found her way back to shore.

Authorities were alerted and a search rescue operation was scrambled for Caserta before police said it had tragically turned to a recovery mission by Thursday.

“It is an absolute tragedy at any time but particularly just before Christmas.

“We’ll continue the search and our goal is to return Chris to his family.”

Caserta’s last winner – a horse part-owned by his girlfriend Brittany Wise – races in Australia on Friday.