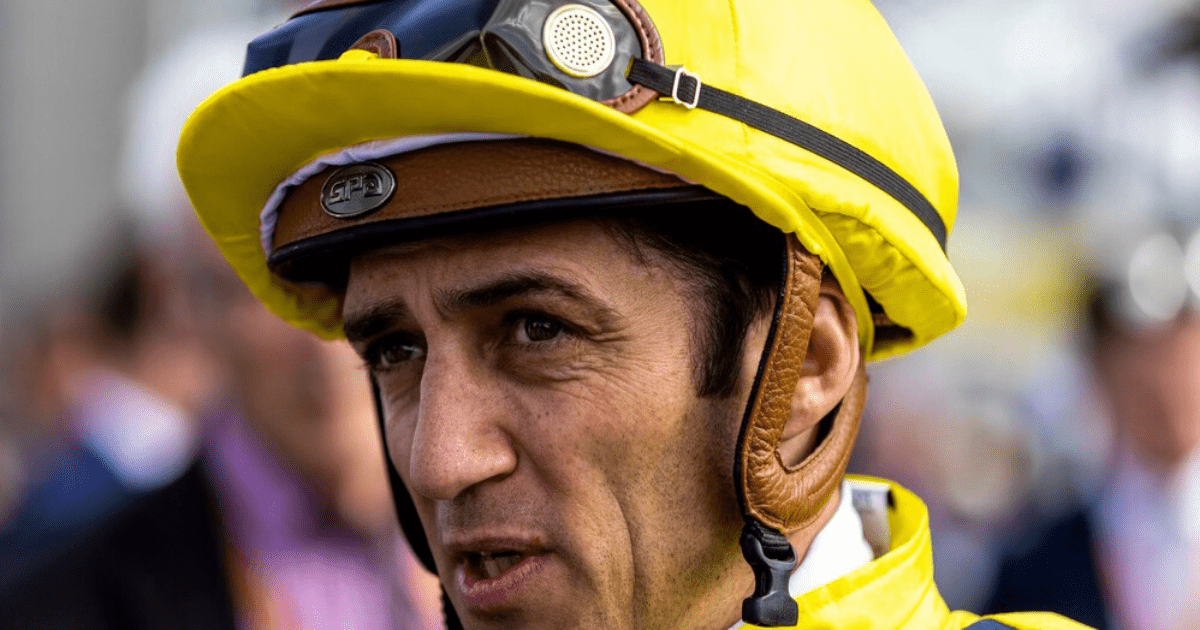 CHRISTOPHE SOUMILLLON could be sacked from his big money retainer as furious owners demand he stand down from Sunday’s Arc de Triomphe meeting.

The jockey, 41, shocked the racing world when pushing Rossa Ryan off a horse at Saint-Cloud on Friday.

Ryan was sent hurtling across the turf after Soumillon elbowed him out of the saddle – earning a two-month ban.

Soumillon was free to ride at Longchamp on Saturday, but the owners of a horse he is due to ride today want him gone.

The Belgian jockey, one of the most successful in the world, landed a £96,000 winner aboard Erevann in the Group 2 Qatar Prix Daniel Wildenstein on Saturday.

He will ride Vadeni in the £4.2million Arc de Triomphe on Sunday.

But owners of Malavath, who Soumillon will also ride today, don’t think Soumillon should be riding.

Now it has emerged the Aga Khan could terminate Soumillon’s contract after his ‘unconscionable, unthinkable’ act.

The Aga Khan’s daughter Princess Zahra Aga Khan said: “We talked about what we could do and according to the rules of racing it was too close to this weekend, so we’re concentrating on the racing and will talk to Christophe on Monday.

French racing’s governing body confirmed they did not want Soumillon to be part of Arc weekend, their biggest two days of the year.

And they said they will look at rules so jockeys can be banned immediately.

Soumillon’s 60-day ban does not kick in until October 14.

Chief executive Olivier Delloye said: “We cannot be happy about what happened and we are not happy about the bad publicity it has brought to racing but we can only work with the existing rules.

“We cannot invent new rules overnight, even following a bad situation as the one we saw on Friday.

“We have to apply the rules as they are and think about how they could be improved.

“We need to see if we can implement within the rules something that enables us to have a ban that begins immediately.

“That is what we would have liked here but it cannot be done if the rules do not allow it.

“This was a situation that will most probably lead us to change the rules.

“Looking at what happened, it looks fair to me that a ban for that sort of offence should start immediately.

“However, we cannot apply a rule that does not already exist.

“In future we must improve the racing rules so that we have the flexibility to impose a ban that starts with immediate effect.”

Did you miss our previous article…
https://www.sportingexcitement.com/horse-racing/hayley-turner-was-absolutely-right-to-call-out-john-egan-but-where-was-she-when-bryony-frost-needed-support/

Advertisement. Scroll to continue reading.
In this article:atarc, demand, standdown