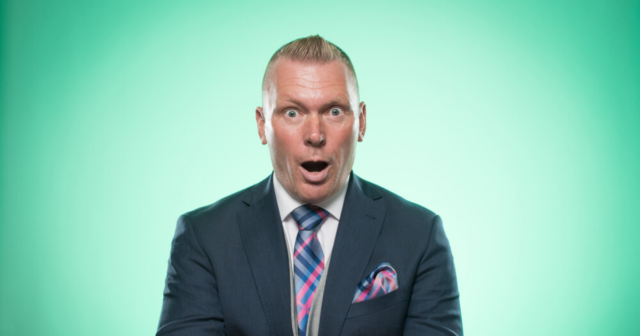 DOES the Group 1 bell toll for class act David Probert at Doncaster today?

On the back of the jockey’s best ever season, success for Probert in the feature Vertem Futurity Stakes would be a fitting end to a glorious campaign. And I think it might just happen.

Chappers reckons Saturday could be a huge day for Probert

This afternoon’s monster juvenile event – won in the past by the likes of Saxon Warrior, Camelot, St Nicholas Abbey, Authorized, Motivator, High Chaparral, Celtic Swig and Reference Point – is broadcast live on a busy ITV4 show which also has the best of jumping from Cheltenham.

Imperial Fighter is one of eight runners set to go to post on testing ground over a mile. That should be right up his street.

The son of The Gurkha, himself a battling Sussex Stakes winner, showed he was useful on debut when scoring readily at Goodwood on soft going.

Andrew Balding’s hope then went to York for the Group 3 Acomb, but was outpaced over seven furlongs by the re-opposing Royal Patronage.

Stepped up to a mile last time, Imperial Fighter was defeated by Coroebus on a good surface. But he hung left that day and this easier grass might be just what he needs.

Probert, well on his way towards 150 winners this term, told me: “I’m really looking forward to riding him.

“His run in the Autumn Stakes behind Coroebus was very good and he’s a lightly raced horse who hopefully can take another step forward.

He saw the mile out really well at Newmarket, is in great form at home and it’s a big ride for me to pick up off the back of a really good year.

“Getting rides like this, and Sandrine and Bangkok have been great and hopefully Saturday I have the chance of a Group 1 and getting the opportunity to show how I can perform at the top level. It’s a big chance.”

I agree David, I agree.

Of course it won’t be easy.

Not only does Imperial Fighter have to reverse York form with Royal Patronage, he also has to deny Aidan O’Brien’s well touted Luxembourg.

Saturday could be the making of Probert, who has had so much success this season

Luxembourg is undefeated in two starts, having romped home at Killarney first time before bolting up in a Group 2 at the Curragh.

He’s a son of Camelot who took this in 2011 before bagging a 2000 Guineas and Derby. Camelot then failed in a Triple Crown bid at this track.

It’s a bumper day on ITV with no less than ten races on offer from Doncaster, Cheltenham and Newbury.

I’m expecting top class Charlie Appleby to have a great day at the latter course, starting with the Group 3 Horris Hill for juveniles over seven furlongs.

Noble Truth just held on from re-opposing Hoo Ya Mal in the Listed Flying Scotsman at Doncaster and the latter would have won in another stride.

That said, Appleby’s hope did well to go clear a furlong out and I suspect won a little more easily than it looked.

Noble Truth has since been in Group 1 company at Longchamp and he should be very hard to beat here under James Doyle.

The trainer-jockey combo are together again in the Group 3 St Simon over a mile and a half.

This time they team up with Siskany who did me a right old favour at Newmarket last time and he’s hard to oppose again in this field with conditions ideal.

The lightly raced three-year-old has now won four of his seven starts and just looks a most progressive horse for a powerful yard.

SISKANY ONE OF MY PICKS

Cheltenham was back with crowds yesterday, although with Covid on the spread once again we can only pray that situation continues.

A number of handicaps on the card are a nightmare, although they feature some old favourites like Truckers Lodge and Tobefair, and two class acts in Cloth Cap and Sky Pirate.

All eyes will be on Tritonic in Masterson Holdings Hurdle over an extended two miles.

The Alan King runner looked a monster on occasions last season including when landing the Grade 2 Adonis Hurdle at Kempton.

He was only fifth in the Triumph Hurdle but should be ready here under Adrian Heskin.

He’s been on the Flat not so long ago, finishing eighth in the Duke of Edinburgh at Royal Ascot.

The Flat is fading away domestically, but the jumps is gathering pace. It’s a fabulous sport.