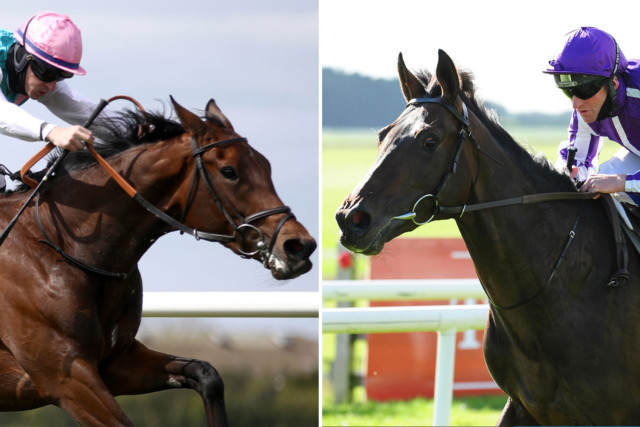 THE eyes of the racing world will be on York this week as a host of star three-year-old’s put their Classic credentials on the line.

The three-day Dante Festival is the last big chance for horses to book their ticket to Epsom for next month’s Derby and Oaks.

There is plenty of high-class action on the Knavesmire, with the meeting live on ITV from Wednesday to Friday. Here’s what you can look forward to.

The fillies will be first to audition for Epsom in the Musidora Stakes (3.10pm).

The market is headed by the Roger Varian-trained 6-4 shot Teona, currently a 5-1 shot for the Oaks with Paddy Power who was a nine-length winner when last seen at Newcastle in November.

But hot on her heels is 2-1 second-favourite Noon Star, the blue-blooded daughter of champion Frankel and top-class mare Midday.

She won easily at Wetherby last time out and is 8-1 with Paddy Power for the Oaks, in which her mum was beaten a head by Sariska in 2009.

The Group 2 Duke Of York Stakes (2.40pm) is the other big Group race on the card, where crack sprinters Art Power and Oxted go head-to-head with £100,000 up for grabs.

The Dante Stakes (3.10pm) is considered the most important of all the Derby trials.

This year’s race is red-hot, with the unbeaten High Definition, Betfair’s current 9-2 second favourite for the Derby behind stablemate Bolshoi Ballet (7-4), heading the betting for Aidan O’Brien.

The Mark Johnston-trained Gear Up, who won a Group 1 in France in October, heads the team of British hopefuls alongside exciting pair Royal Champion and Hurricane Lane.

Frankie Dettori rides Uncle Bryn, one of two runners for John Gosden who has trained the winner of the Dante in three of the last six years.

The Group 2 Middleton Stakes (2.40pm) also features on a mouthwatering card, with Queen Power and Passion among the leading fancies.

The field are headed by Mark Johnston’s Sir Ron Priestley, who has hit the ground running this season after a year on the sidelines with injury.

He made all the running to win the Jockey Club Stakes at Newmarket earlier this month and will likely be joined by his hard-as-nails stablemate Nayef Road.

They will be taken on by last year’s Irish Derby hero Santiago for top trainer Aidan O’Brien.

The card starts with a big trial for Royal Ascot, as some speedy two-year-old fillies lock horns in the the Marygate Fillies Stakes (1.40pm).

SIR RON PRIESTLEY, impressive at Newmarket on Saturday, will be aimed at the Matchbook Yorkshire Cup next

Our top tipster Templegate strongly fancies Starman to win the Duke Of York Stakes at 2.40pm on Wednesday.

Sun Racing columnist Matt Chapman can’t wait to see Teona in the Musidora Stakes at 3.10pm on the same day.

And our man Jack Keene reckons longshot Belloccio can outrun huge odds in the Dante Stakes on Thursday.