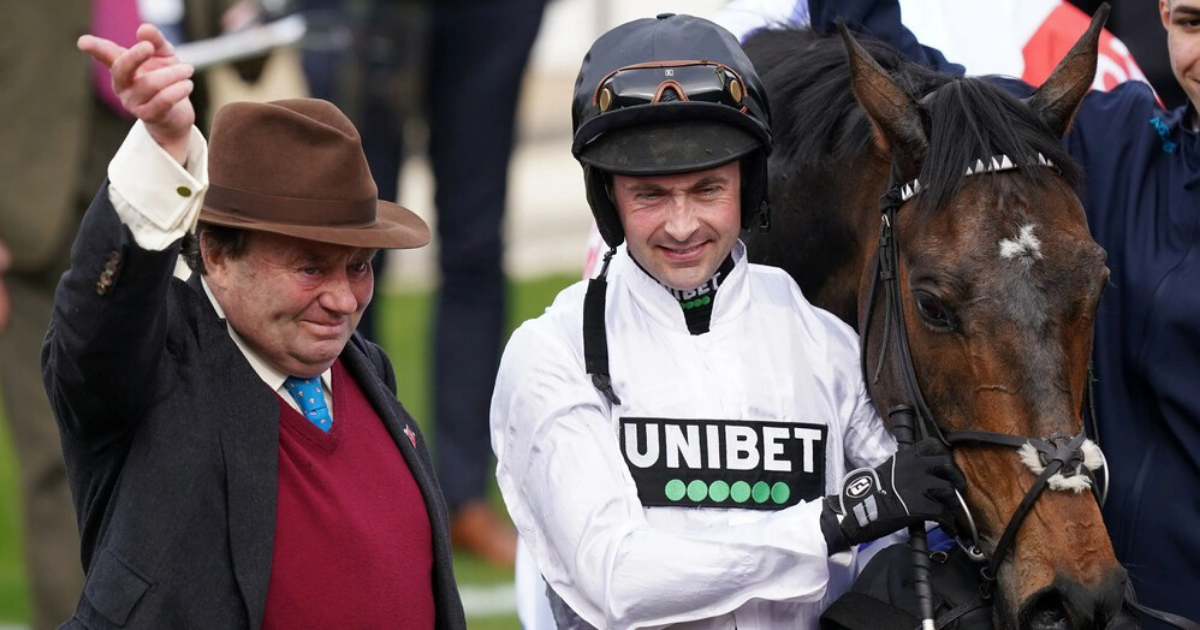 Since then talk has been about when he will return – and if he will be able to be the first horse ever to beat Honeysuckle in the Champion Hurdle.

Constitution Hill is as short as 6-4 to win the 2m feature next March.

But his warm-up races will be key – and Henderson has a reputation for wrapping his big stars in cotton wool before the big day.

Buckley spoke to Nick Luck about the plans for Constitution Hill and pinpointed two races where he could return.

He said: “I saw the horse the other day and he looks great. He’s grown up a bit since this time last year when he looked a bit baby-ish.

“The summer of grass has strengthened him, he looks more of the article you’d hope for.

“I think he’s fine. He won’t run until November.

“People complain about these good horses running so infrequently and I’m with them.

“But when you end up with one you realise how few opportunities to race them there are if you keep them away from handicaps.

“An obvious programme for him would be the Fighting Fifth at Newcastle (on November 26).

“Then there’s the Grade 2 2m3f Coral Hurdle at Ascot the week before over 2m3f – I don’t think that would matter so much… but it’s a much less valuable race.

“I suppose we could look at the Christmas Hurdle or Leopardstown if adventurous.

“But then we’re stuck waiting for Cheltenham.”

Asked about the prospect of an early battle with Honeysuckle in the Irish Champion Hurdle in February, Buckley said: “I’d have a struggle to get Nicky to go to Ireland only about four weeks before Cheltenham.

“He’d be happy to go to Ireland at Christmas.

“Let’s say he ran in November, December and February and then Champion Hurdle, you could then think about going to Aintree with the month gap.”

Advertisement. Scroll to continue reading.
In this article:confirmed, hillrunning, nicky