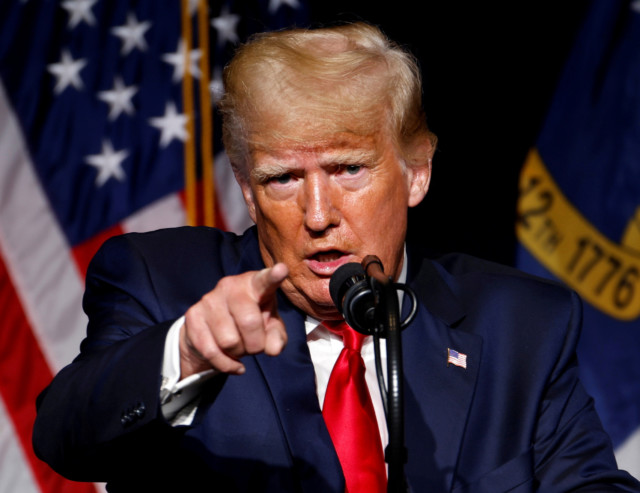 A ‘CONTROVERSIAL’ horse name linked to Donald Trump has been changed by a worried owner to avoid boos from punters.

Tech entrepreneur Steven McCanne bought the gelding for £28,500 last November thinking the reference to the former US president was a ‘harmless joke’.

But he decided to change it in the aftermath of the deadly raid on the Capitol building in January.

The owner said he felt fans would boo the horse if he ran under his old name.

McCanne wrote a letter to racing chiefs demanding the ‘controversial’ name be changed to Peaceful Transfer.

The letter read: “At that time, I understood the name had a controversial connotation but it seemed to me a harmless joke.

“Unfortunately, things are different now. I feel the name has become critically controversial.

“No matter what one’s politics are, there are many strong emotions around the name Trump.

“Names and words matter and their meaning and implications can evolve.

“I feel that the name Trump is now controversial enough that it may detract from the spirit and positivity of the racing culture.

“The last thing the sport (and the horse) need are loud boos from the crowd because Royal Trump enters the winner’s circle.

“For these reasons, I humbly submit to the Jockey Club this proposal to change Royal Trump’s name to Peaceful Transfer.”

The name change was approved – and it turned into an instant hit.

Peaceful Transfer won his first race under his new name at Los Alamitos racecourse in California on Saturday.

This is the latest in a long line of horse names to spark controversy.

A trainer was banned for naming his runner Grape Soda in an apparent racial slur against a black TV presenter.

Did you miss our previous article…
https://www.sportingexcitement.com/horse-racing/watch-ridiculous-moment-imbecile-track-invader-risks-life-and-limb-by-running-in-front-of-horses-mid-race