‘Dad was only scratching his head, he didn’t mean to buy a horse’ – incredible rise of Moore family’s racing dynasty
Advertisement 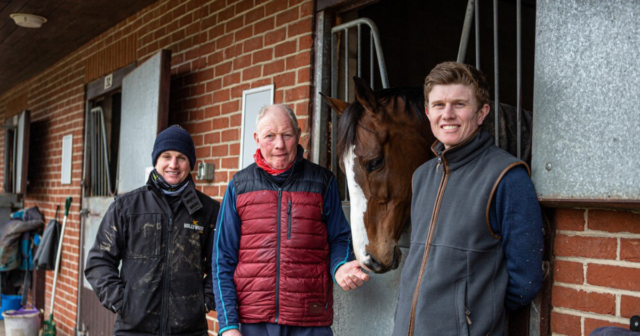 WHEN it comes to the most powerful racing family in England, there is Moore than meets the eye.

There is barely a corner of the racing world that Gary Moore and his kids haven’t conquered.

Jamie, Gary and Josh Moore will be hoping to bag a winner or two at Cheltenham

The name ‘Moore’ strikes fear into the hearts of all Flat jockeys thanks to leading rider Ryan, 38, and his younger brothers Jamie ,37, and Josh, 30, are among the top rank at home.

Their sister Hayley, 34, who had plenty of success as an amateur rider, is now an established member of the Sky Sports Racing team.

But success hasn’t been handed to any of them. It has come through toil, tears and sweat, a trait which was passed down to Gary, 65, from his dad, Charlie.

In fact, the Moore racing dynasty started by accident.

Gary explained: “My dad had no racing blood, he was a self-made man and was a second-hand car salesman.

“One day, he was in the crowd during a horse sale at Sandown not paying attention, scratching his head. The auctioneer took that as a bid – he bought a horse for £300.

“He didn’t know what to do with it. He lived at the top of Brighton racecourse, so he rented a yard off the council with four boxes.

“By the time he left to start training in Epsom he had 80 horses, so you have to take your hat off to him.”

You could never accuse any of the Moore’s of shying away from a bit of hard graft.

Jamie and Josh are hands-on with their dad’s 100-strong string – if they aren’t busy replacing gates and fence posts that have been stolen overnight!

Gary also likes to get his hands dirty, when he’s not nursing an injury.

He joked: “I don’t know what it is about me, but horses seem to love kicking me. Goshen let me have it the other day. It bloody hurts.”

Injuries are no laughing matter for Jamie and Josh, though. Both of them have broken their backs over the past 18 months.

Jamie said: “I had a tough 2020. After Goshen in the Triumph my wife was sick and I broke a few vertebrae.

“But I had my family around me to support me which helped me through. I know I’m lucky to have the life I do so I try not to let things get me down.”

Josh added: “My injury sounded worse than it was, it obviously got a lot of attention because I was stuck in the hospital bed waiting for the operation.

“There were bigger problems going on for other people at the time with Covid. You realise there are people worse off than you, so you have to get on with it.”

But there have been plenty of highs, chief among them Sire De Grugy’s Champion Chase win back in 2014.

He is now living out his days as the Moore family pet.

Jamie said: “The Champion Chase was a great day, the whole family was there and Ryan greeted me on the chute on the way in.

“It’s true that I spoke to Ruby at the top of the hill during the race and asked him what to do – I was going so well and he’d been in that situation a good deal more than me!

“We love Sire, he is part of the family. My wife goes out hacking on him and the kids get on and ride him and he is an absolute gent.

“They could set up camp in his stable and he wouldn’t turn a hair.” 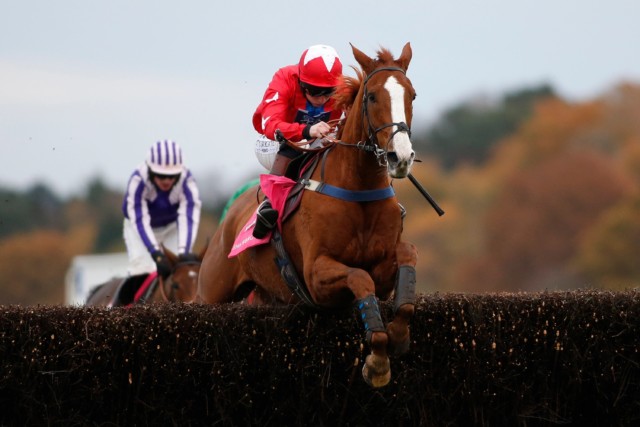 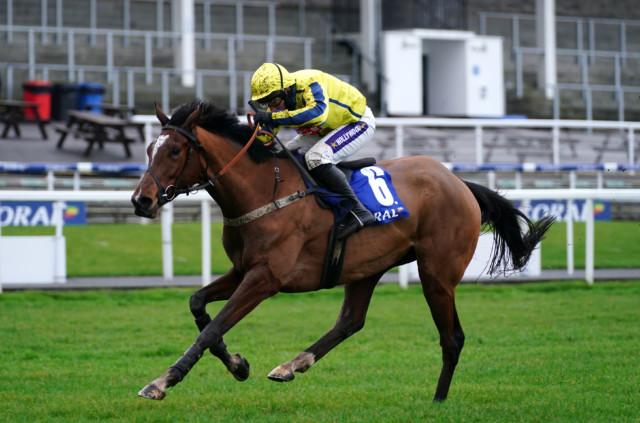 It’s not all work and no play.

Gary competes in a racquetball league while Jamie and Josh are keen gym-goers.

The entire family are football-mad – they are Brighton fans with a soft-spot for Arsenal, as Gary’s mum grew up in North London.

Those divided loyalties nearly caused a problem when the family went to Brighton v Arsenal at the Amex Stadium.

Gary laughed: “We took Ryan and his boy to his first ever game and we were in the Brighton end.

“Arsenal went 1-0 up and little Toby leapt up out of his seat to celebrate – I’ve never seen Ryan move so quickly to pull him back down!”

So what chance of adding a third Festival winner to their haul this year?

Josh reckons he has an outside chance on Editeur Du Gite – who carries the same colours as Sire De Grugy – in the Champion Chase.

“He is a great ride. He is still improving, we haven’t seen the best of him,” he says.

“He was brilliant when winning around Aintree for me last year and he is giving me a lovely feel at home.”

But their best chance is definitely in the Triumph Hurdle, where Porticello is one of the leading contenders.

Gary said: “We really could do with some cut in the ground for him, but you can’t fault him.

“He is a huge big chasing type, so what he has done this season is a miracle. He has a big engine.”