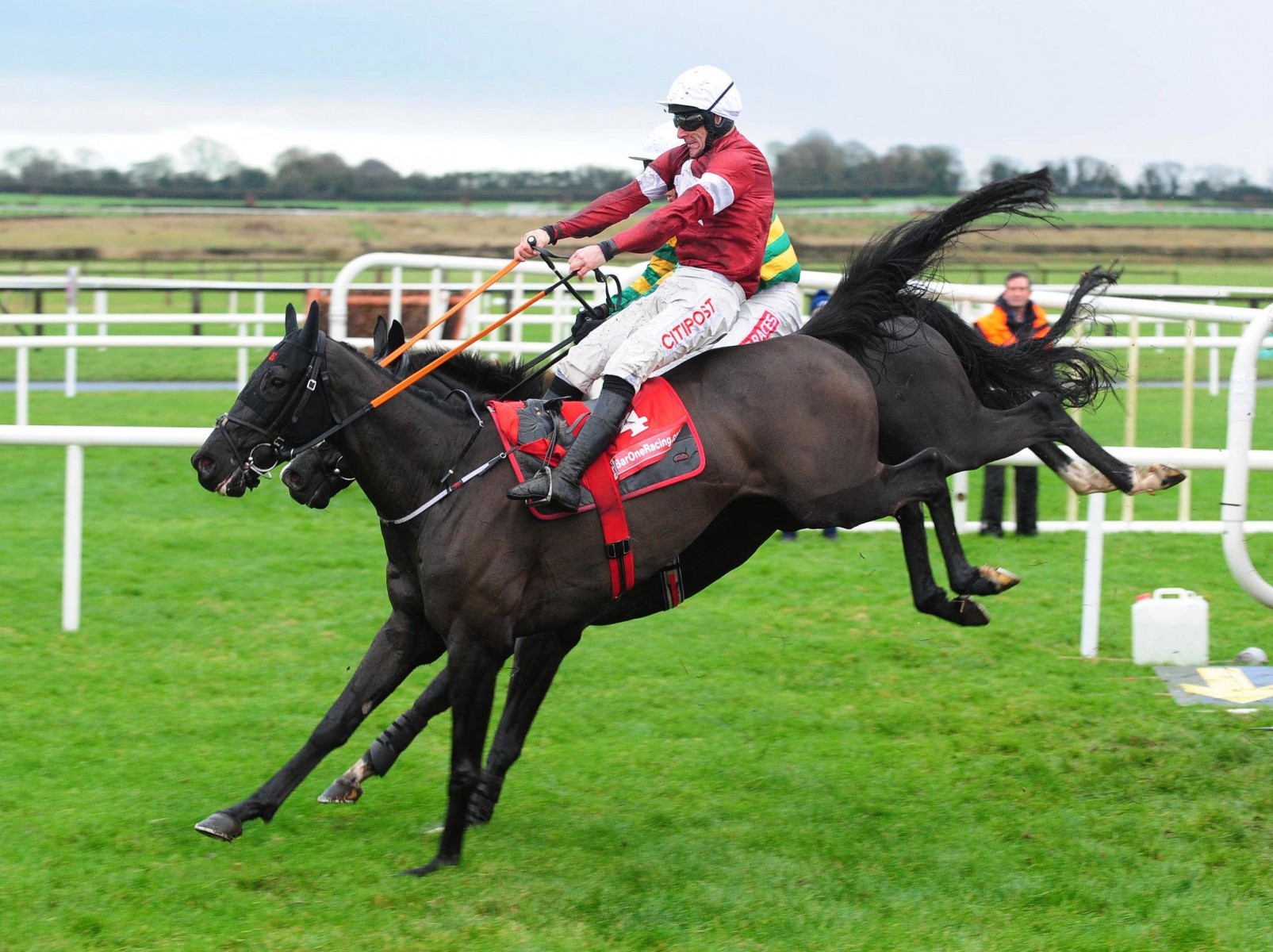 DELTA WORK (11-2) swatted away his rivals with a last-gasp victory in the Grade 1 Savills Chase at Leopardstown.

Gordon Elliott’s brilliant stayer had that little bit too much gas for the braveMonalee (8-1) in second.

In a thriller, it was Delta Work’s proven stamina that made the difference.

Coming with a strong, late burst down the outside of a star-studded field, jockey Jack Kennedy galvanised his mount to overhaul Monalee in the shadows of the post.

Rachael Blackmore lost her irons aboard the runner-up late in the piece, but it’s unlikely the mishap made any difference to the result.

“He ran badly at Down Royal last time out. Jack gave him a great ride and he has loads of confidence now.

It’s been a great day and a great Christmas.”

Road To Respectstuck on grimly to complete a 1-3 for owners Gigginstown House Stud, while Kemboy,sent off a strong favourite for his top team, made a number of mistakes and finished unplaced.

The result capped a fine day for Jack Kennedy in the saddle, who earlier landed another Grade 1 with mareApples Jade.

Delta Work bounces right back and reels in Monalee to land the G1 Savills Chase at @LeopardstownRC.

“It more or less went as planned, although I was perhaps a bit closer than I wanted to be.

“I thought they went steady enough and he can be quite keen but he was jumping so well I had to take him back a bit.

“I had the clear run and was able to get him rolling. He winged the last and we landed running. He’s always been a well-liked horse and it’s great to get on him.

“There’ll be improvement to come, definitely.”

Advertisement. Scroll to continue reading.
In this article:Down Royal, Leopardstown