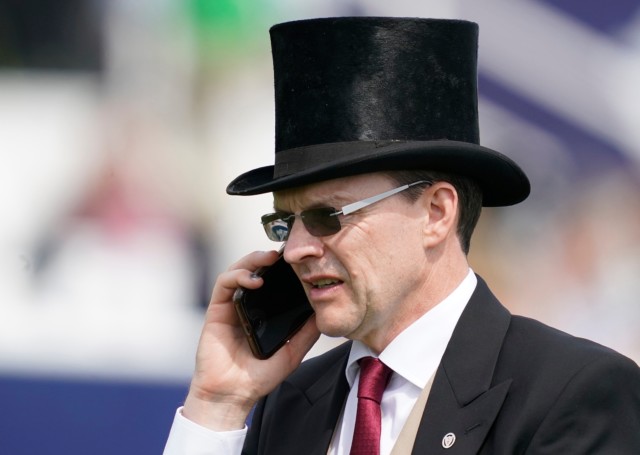 WILLIAM Buick, James Doyle and Adam Kirby are in the frame to pick up Investec Derby rides for Ballydoyle.

Ryan Moore will get first pick of Aidan O’Brien’s seven-strong team, but some potentially top-class spare rides will be up for grabs.

Strict coronavirus quarantine measures means the likes of Seamie Heffernan and Wayne Lordan are unlikely to travel to Britain this weekend.

And O’Brien has three Derby entries towards the head of the betting in Mogul, Russian Emperor and Vatican City.

Others entered in the Classic include wide-margin Curragh winner Serpentine, Amhran Na Bhfiann, Mythical and Armory, although the latter may yet run in Sunday’s French Derby instead.

“He’ll look at the draws, we’ll tell him what we think might happen, but it’s been different this year because Ryan isn’t here (working at Ballydoyle).

“Obviously he’ll make his decision late and then we’ll put everyone else on what we think will suit.

“We have James Doyle, William Buick and Adam Kirby and we have some of our own people, then we just have to decide what we want to do that way because with the restrictions at the moment, they can’t ride for two weeks.

“It’s all a little up in the air and we just need to see what is going to happen.”

He continued: “You do your best, you don’t want to mess anyone around, but ultimately the lads (Coolmore) will decide.

“We do our best to try not to let that happen and have the right riders on the right horses. Everyone is very understanding with the circumstances we are in at the minute.”

O’Brien played his cards close to his chest when asked for the stable number one going into Saturday’s race.

He said: “Any of them you have to think it could happen with. They’ve all got different profiles, but are in different stages of their training.

“It’s going to be so interesting – like the Irish Derby, anything could happen. I suppose Mogul has always looked the one, but it would have been lovely to get two runs into him.”

Irish 1000 Guineas winner Peaceful is unlikely to take her place in the Oaks on Saturday, with the Prix de Diane (French Oaks) her destination.

But O’Brien still has the favourite in impressive Newmarket winner Love, as well as Ribblesdale second and third Ennistymon and Passion.

He said: “It looks like Love, Passion and Ennistymon will go to Epsom. Peaceful might go to the Diane. That’s what we’re thinking at the moment anyway. The Diane is worth a lot of money.

“I think it’s a question of splitting them up – that’s the way the lads are thinking at the moment and you can’t blame them for that.

“Everything has gone well with Love. Everyone who rides her has been very happy and the plan has always been to take her for the Guineas and then go to the Oaks.

“We’ve always felt she’d be very comfortable going up in trip, so we’re looking forward to it. We weren’t sure about a mile as she got it well at two, but Ryan (Moore) gave her a beautiful, uncomplicated ride and kept it simple for her. Her gave her every chance to show all her best attributes.” 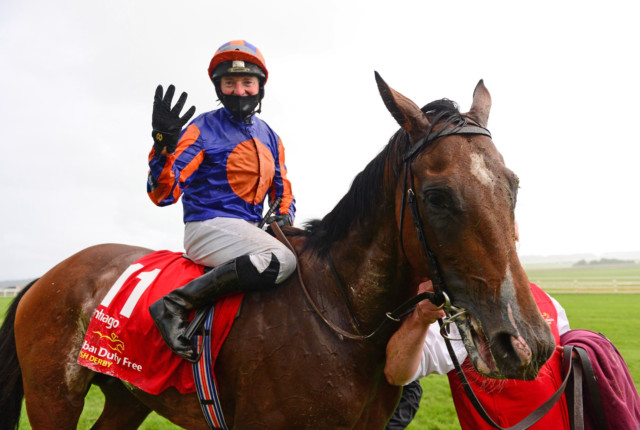 Santiago could clash with Stradivarius at Goodwood

Meanwhile, Irish Derby hero Santiago could be on course for a mouthwatering clash with top-class stayer Stradivarius in the Goodwood Cup.

O’Brien said: “It could be straight to the St Leger, but we have it in our head he could go to Goodwood – we’ll just see how he is between now and then.

“We’ll give him a week before we have a good chat with the lads (Coolmore), so it will be straight to Doncaster or the two-mile race at Goodwood.

“It will depend on what the lads want, but we’ve always thought he was a horse who would stay very well and he showed that at Ascot.

“At the Curragh you have to stay very well as well. We had other horses in, so we knew it would be a test.”

Did you miss our previous article…
https://www.sportingexcitement.com/horse-racing/jumps-racing-returns-at-southwell-with-paul-nicholls-and-richard-johnson-among-those-hoping-to-hit-the-ground-running