Dettori’s amazing life, from cheating death in horror plane crash to riding winners at nearly 50 ahead of Breeders’ Cup
Advertisement 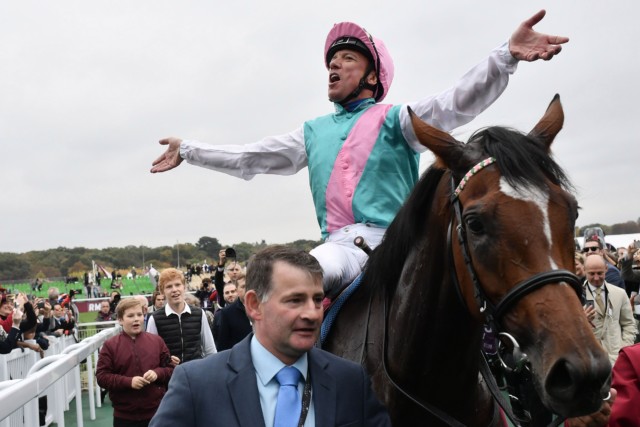 TALK about living a life for the rest of us.

Frankie Dettori is a month shy of turning 50, but continues to dedicate his life to horse racing having overcome some big obstacles. 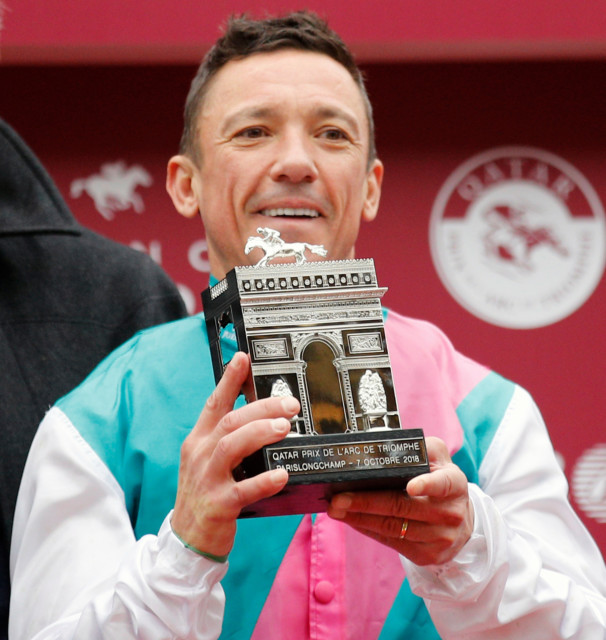 Frankie Dettori is running at the Breeders’ Cup

The larger-than-life Italian is riding in the US this week at the Breeders’ Cup – and is still one of the world’s most successful jockeys in his twilight years.

However, 20 years ago he could’ve lost it all when he cheated death as his private jet crashed on take off at Newmarket.

And the born survivor faced career-ruin in 2012 when he was banned from the sport he loves after failing a drug test.

But STILL Dettori remains top of his game having bounced back, and earlier this year reiterated his desire to continue to race.

In 2000, Dettori and his pal Ray Cochrane hopped into a Piper Seneca light aircraft at Newmarket to fly to Goodwood.

However, the plane ran into problems at take off and came hurtling down to the ground.

The pilot Patrick Mackey lost his life in the horror crash.

Frankie was pulled out of the burning wreckage by Cochrane, who suffered minor burns in the accident, and dragged through the plane’s luggage compartment to safety.

Somehow, Dettori escaped with a fractured ankle and broken thumb. 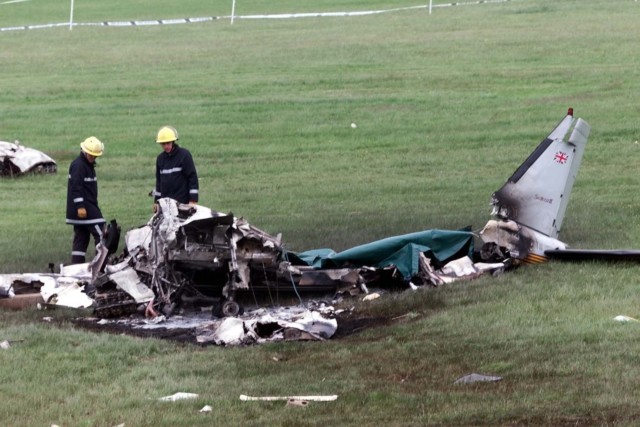 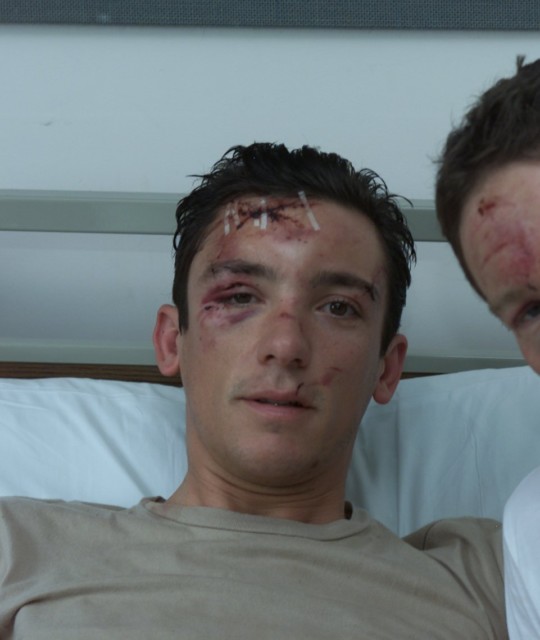 “It would certainly seem to be a miracle that anyone got out of the crash alive,” a police spokesman said.

Dettori, himself, has rarely talked about the ordeal. But earlier this year he opened up on the 20-year anniversary of the crash.

“It was beyond scary,” he told the Daily Mail.

“It was such a bad experience and it will never leave you.”

In 2012, Dettori admittedly fell into depression.

His place as the number one rider for the Maktoum family’s private stable Godolphin was under threat after younger riders Mickael Barzalona and Silvestre de Sousa joined the Dubai-based team.

He had a moment of “weakness.”

Frankie used cocaine and subsequently failed a drug test that caused him shame and embarrassment.

He was also slapped with a six-month ban – with his career potentially in tatters. 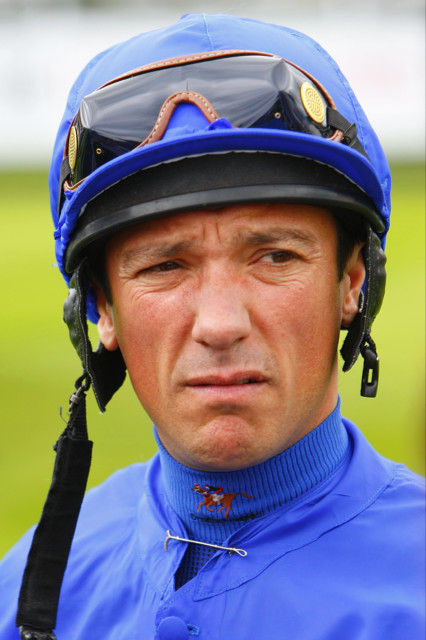 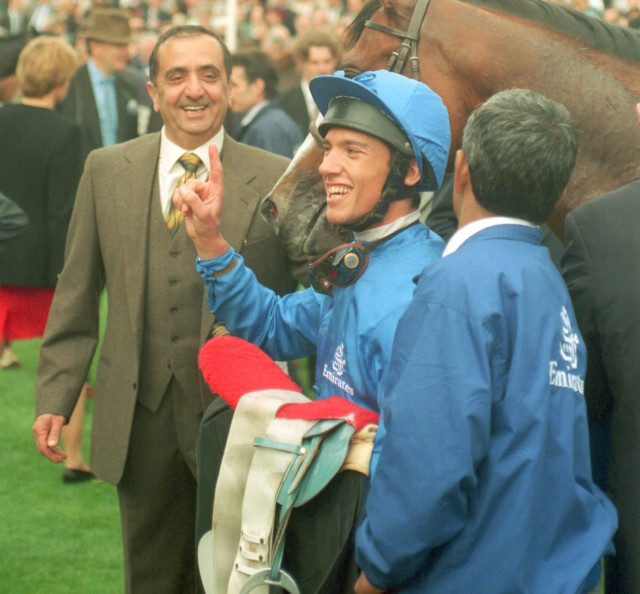 Dettori admitted falling into depression when he raced for Godolphin Racing 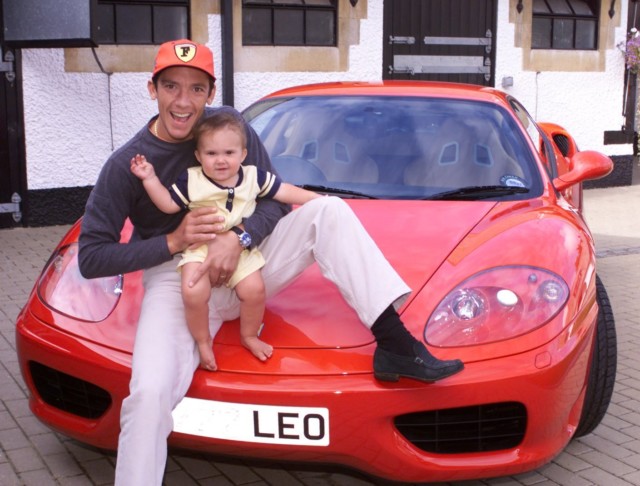 Dettori admitted turning to cocaine in his time of desperation

“Things were going bad, I was depressed and I guess [in] a moment of weakness I fell for it and I’ve only got myself to blame,” Dettori told Channel 4 News.

He added: “I’m very ashamed and embarrassed, and paid a very big price for it. I spent six months not doing the thing that I love, racing.”

With all the success Frankie has enjoyed in his life, that remarkable British Champions’ Day at Ascot in 1996 when he rode all seven winners being the standout, his dedication to put his body through the rigours of horse racing amazes.

Plus, with diet and exercise being key to his longevity in keeping him on the saddle, Dettori has had to make sacrifices.

Before the Jockey Club banned the use of diuretic drugs in 1998, he admitted to taking Lasix, pee pills, diuretics, and laxatives in an interview with BBC’s Newsnight.

Now, he’s all about clean-living – pushing his favourite pasta dishes to one side in favour of white fish, vegetables and drinking water. 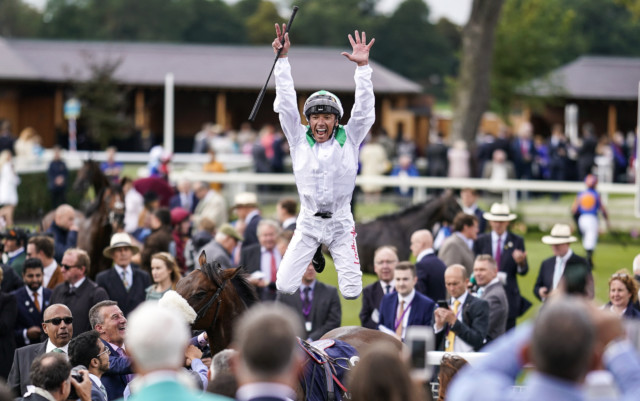 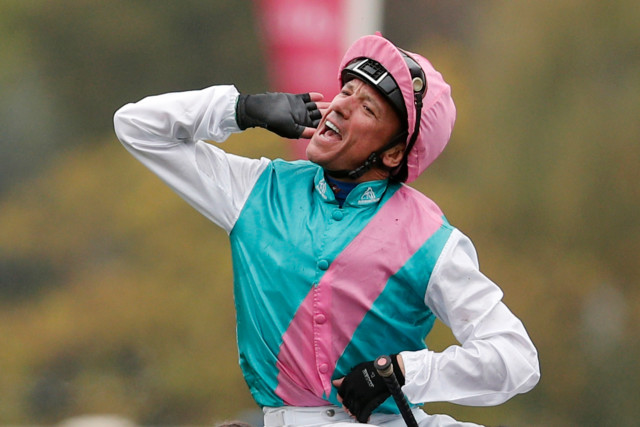 Standing at 5ft 4in, Dettori today races at around the 8st 10lb mark

Incredibly, even in his older years, Dettori – standing at 5ft 4in – has managed to keep his weight in and around the 8st 10lb mark.

Running and sweating it out in the sauna are also key components he uses to keep his weight down.

Not many jockeys have the staying power to ride past 50. But Dettori is certainly showing no signs of retiring just yet.

Famously, he was stung by a question on Question of Sport that saw him quit the BBC show in 2003 when it was suggested he had retired. That just made him refocus his efforts and train harder.

And this year the fiercely determined Milanese-native has reiterated his determination to keep on keeping on.

Ahead of the Epsom Derby last June, Dettori said he had “no plans” to retire. 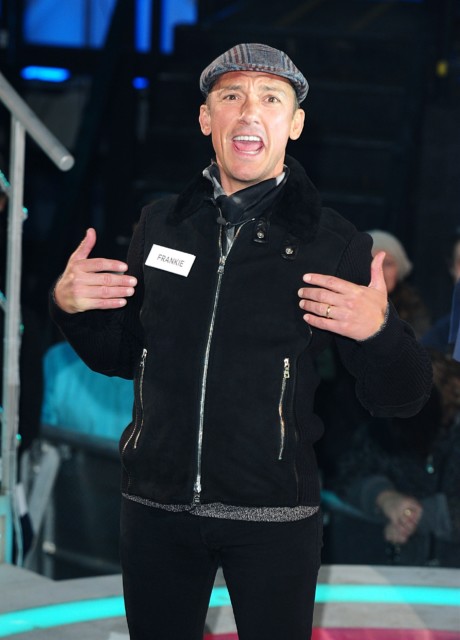 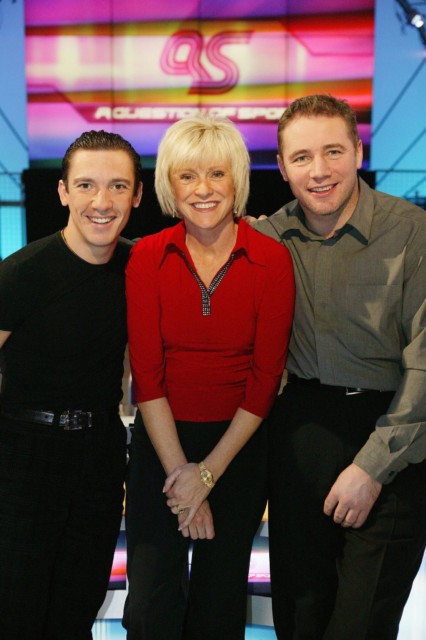 Previously, Dettori was a team captain on Question of Sport until 2003 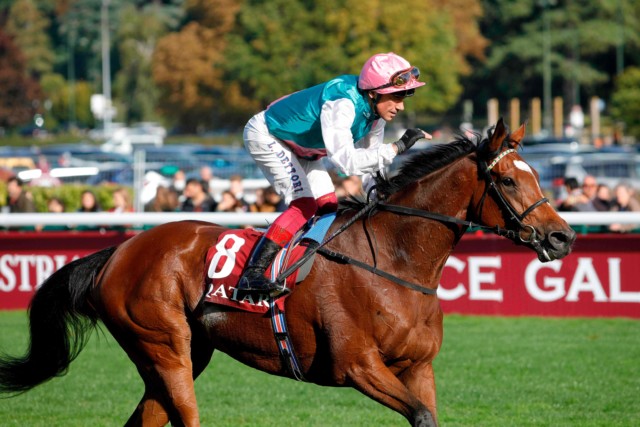 “They ask me every day when I am going to retire. At the moment I have no plan,” he told BBC Sport.

“In my sport you are one fall away from quitting, from stopping really, so touch wood that fall is far away and I am going to carry on until my body can’t keep up.”