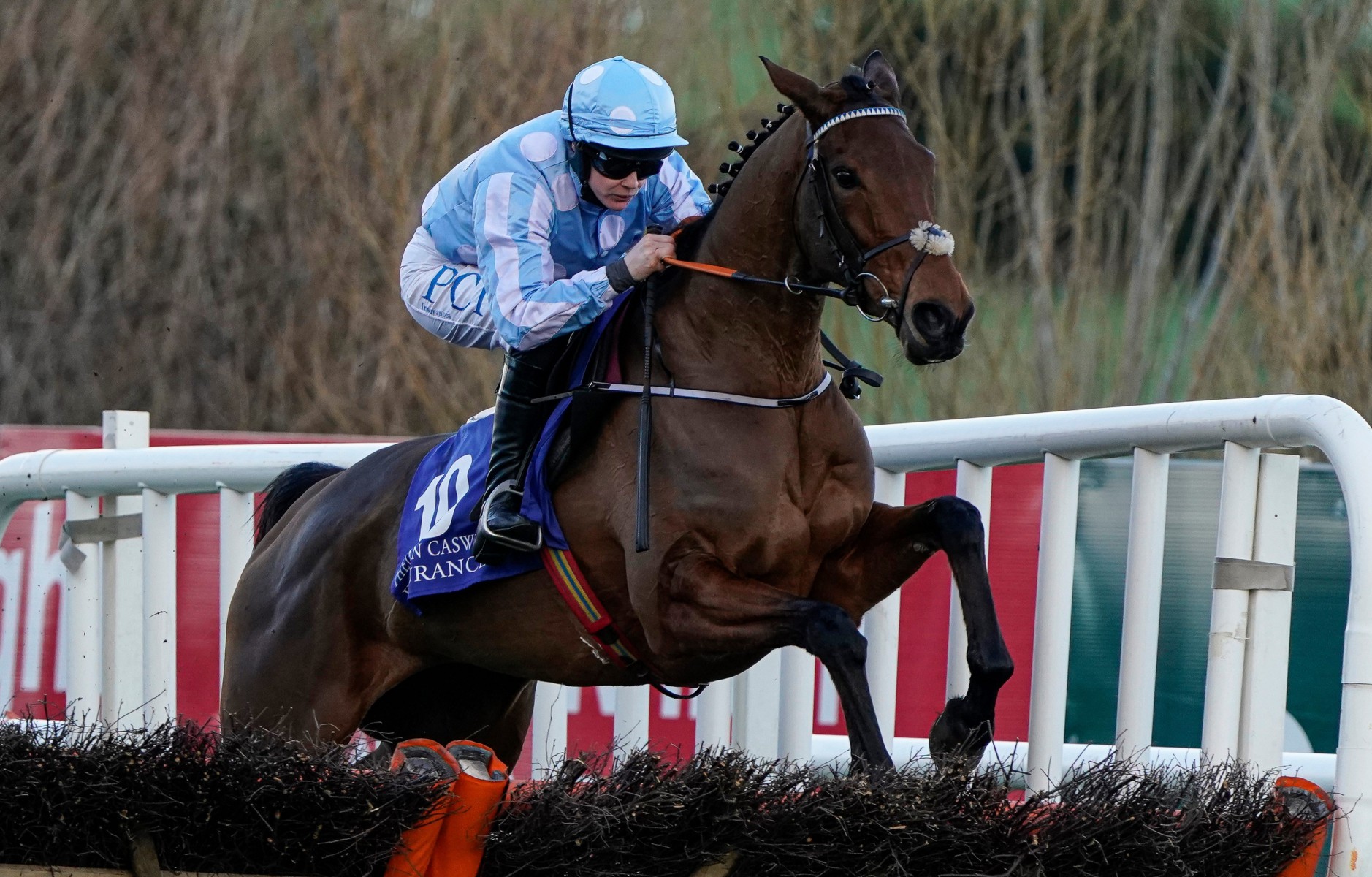 VICTORY in the Irish Champion Hurdle was oh-so-sweet for Henry De Bromhead.

His brilliant mare Honeysuckle stretched her unbeaten run under Rules to seven with a gritty victory under Rachael Blackmore.

Honeysuckle is unbeaten in seven starts under Rules

This was billed as her biggest test to date as she dropped back to the minimum two-mile trip for the first since December 2018.

But she showed she had more than enough speed as she cruised along in behind the pace-setter Petit Mouchoir.

Big rival Sharjah began to send out distress signals approaching two out, and rounding the home bend it appeared a case of ‘how far’ for Honeysuckle.

But she jumped big at the last, lost momentum and had to fight off the renewed challenge of Petit Mouchoir and Darver Star in a driving finish.

She was largely left unchanged by the bookies for the Champion Hurdle at Cheltenham in March, but De Bromhead was keen to savour this victory before looking ahead.

He said: “She just looked like she got a bit lonely going to the last. She’s so tough and the lady on top of her is so tough. She really battled it out.

“I had my heart in my mouth coming to the line. She probably needed it and our two went at it fairly early.

“We’ll enjoy today. We’ve won the Irish Champion Hurdle and we can discuss all that in time. I’m delighted to get today behind us.”

Elsewhere, Chacun Pour Soi staked his Champion Chase claim with a decisive Dublin Chase success, with Paddy Power trimming him into 3s from 4s for the Festival two-miler.

There was disappointment pre-race with A Plus Tard an unfortunate withdrawal due to the drying ground, while Cilaos Emery came down at the first fence.

That left Chacun Pour Soi and Min to fight it out from an early stage, and it was the younger legs that prevailed.

Mullins said:”He was electric jumping. Jumping those fences down the back, he was so slick and so fast. He was getting a length or a length and a half at every fence without any effort

“Paul said he just arrived up beside Min at the third last and he didn’t want to hang around, so just kept going.

“He idled, which is a good sign I think. It just shows how much he improved since Christmas.

“All that worked out and he was here today in top form. It’s a nice prize to win.”

Notebook edged a thriller in the ERGS Arkle, providing De Bromhead and Blackmore with the first leg of a Grade 1 double.

He wore down the game front-runner Cash Back to win by three quarters of a length, preserving his unbeaten record over fences.

In the opener, Latest Exhibition gave Bryan Cooper and Paul Nolan a big Grade 1 success, staying on dourly to win in a three-way driving finish from Cobbler’s Way and Longhouse Poet.

He was slashed into 8-1 (from 12-1) with Coral for the Albert Bartlett at Cheltenham next month.