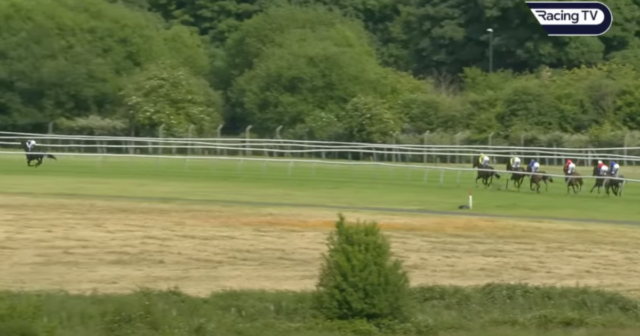 THIS was the bizarre race that saw Rose Dawes ride Storm Chaser to victory – by a whopping 26 LENGTHS.

Punters couldn’t believe the size of lead afforded to the pair as they bounced out the gates and got away from their rivals, only to maintain it through the remainder of the contest.

The crazy scenes came in the 4.40 at Nottingham in the ‘Hands N Heels’ Apprentice Handicap which rounded off Thursday afternoon’s racing at the track.

Diamond Cutter was sent off favourite at 3-1 for David Menuisier and Connor Planas.

But it was Storm Chaser and Dawes – 7-2 second favourites – that popped out quickest despite having the widest draw of all in gate seven.

They soon rattled along into an uncontested lead early on in the one mile, six furlong race. 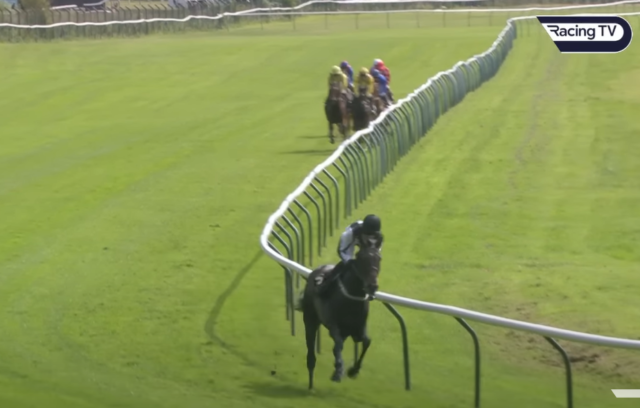 And he maintained it coming out the back straight 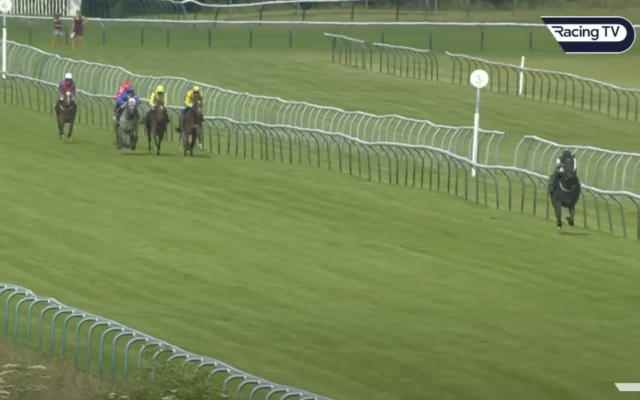 By the time the pair reached the first turn they had established a five length lead.

The other jockeys looked content with giving her such an advantage, given the distance still ahead of them.

But that lead was never closed – and in fact only INCREASED with a mile to go, reaching almost 20 lengths.

The favourite Diamond Cutter led the chasing pack but the jockey remained motionless.

It looked like the frontrunner had gone off too quickly and being closed down was surely only a matter of time.

By the time the apprentices started pushing along in behind though it was already race over as the 25-length lead never diminished and Dawes simply pushed Storm Chaser out for a win dubbed the ‘easiest ever’ by one viewer.

Punters couldn’t believe what they had watched and were quick to hammer the other jockeys.

But it is important to remember this race was for apprentices and is designed to give them the experience required.

Everyone, be it Frankie Dettori or Hollie Doyle has to start somewhere – and there are no doubt some tough lessons to be learned along the way.

Some punters weren’t happy with the easy lead being uncontested – especially as this race came on the heels of another eye-catching one earlier in the week.

One punter said: “This was a shocker for all to see.”

A second added: “How this happens on a regular basis in racing is still ridiculous.”

One cynic wrote: “Happening too many times recently.”

While another joked: “Just held on!”

This followed another bizarrely run race this week after Calculus’s strange 50-1 win at Beverley – which saw the winning jockey BANNED.

In this article:stormchaser, thiswas, victory