Ed Chamberlin discusses the future of the sport, his love of the game and that infamous five day Festival interview.
Advertisement 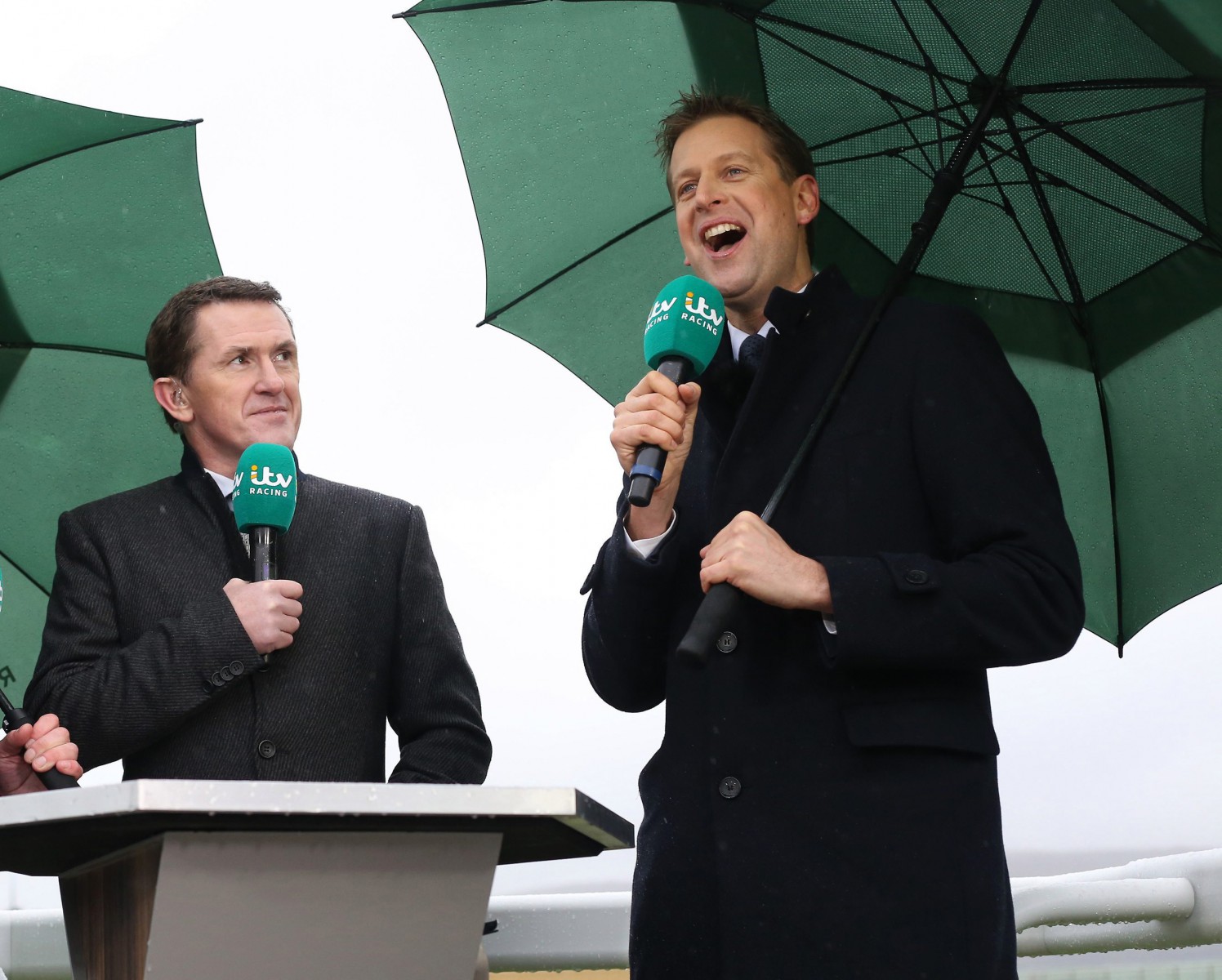 AFTER being described as having the charisma of a chest of drawers on his first broadcast, Ed Chamberlin has since slid effortlessly into terrestrial TVs racing coverage.

The face of ITV Racing, Chamberlin displays a knowledge and passion for the sport, combined with a slick presenting style, honed during a 17 year stint with Sky Sports prior to his switch to ITV.

Surely diehard fans are finally warming to racings big-money signing? Chamberlin laughed: Ive been with ITV for over three years now and I still get asked in the supermarket why on earth I left Sky Sports and the glitz and glamour of the Premier League to go and work in racing.

There was definitely resistance within the sport.

A random bloke coming across from football to present on mainstream TV was how a lot of people saw it.

It all started on a torrid New Years Day at Cheltenham in 2017 as Channel 4 handed the baton over to ITV Racing.

He explained: We got off to a disastrous start at Cheltenham. It was billed as a new dawn but it was a tough start in that rain.

There was great excitement around it, but that leads to scrutiny and it didnt go to plan at all. There was a monsoon and most things that could go wrong, did go wrong.

The next day I remember being described as about as exciting as a self-assembly chest of drawers.

It has not got any easier for Mr ITV, as racing finds itself embroiled in welfare issues.

And the host is determined to ensure the sport is portrayed in a positive light.

Chamberlin said: We have to accept there are people out there who simply dont like our sport and we will never be able to convince them.

The perception of racing is very important at the moment and the big challenge we face is welfare.

We need to make sure we educate the wider audience at just how well these horses are looked after and how much they just love what they are doing.

The whip is a brilliant example of that. It was great to see stands set up by the BHA over the summer where they had whips available to the public and showed people what it can do.

We seem to be very defensive with our sport and on ITV I try to be very positive.

We have so much to celebrate as a sport.

It provides incredible stories, there are huge levels of employment, huge amounts of revenue for the government. We have a lot to be proud of.

With a BAFTA in the bag for ITVs Royal Ascot coverage and viewing numbers on the up year on year, Chamberlin is well-positioned to talk about the future of the sport, even if he thinks the opposite.

He said: The biggest challenge we have is to get that balance between purists and those people who dip into racing very occasionally.

To get all those people to enjoy ITV Racing is difficult and at times you do need thick skin as racing purists dont like it sometimes.

You cant please everyone and it is a very, very broad church, which is a good thing.

Hopefully weve opened up racing for a lot of people to watch.

The 45-year-old has the joys of racing in the blood. He was brought up in the west country and jumps racing was always his bread-and-butter.

He said: My grandfather lived in the west country and he was a cider-drinking punter.

Id help him out on a few picks and his ITV7 in the late 70s and early 80s. But it was the Grand National that got me hooked.

The one I remember was the 1981 running when Aldaniti won.

He let me have 50p on Spartan Missile each-way and I was furious he came second but having not realised the fairytale of the winner and the story of mine with the 54-year-old jockey John Thorne. That really got me. There was no going back from that excitement.

From those early days, he went on to pursue a role in the industry. A BHA graduate scheme led to a job at bookie giant Ladbrokes before his 17 year stint at Sky Sports.

Those experiences have helped shape his approach to presenting.

He added: In football one thing I quickly learnt was that the connection between fan and player disappeared almost completely.

The more money that came into football, the wider the disconnect grew.

And thats why on ITV Racing weve tried bring owners and stable staff into our coverage more. They are the life and soul.

But weve also tried to build that fan and player relationship by player I obviously mean the jockey.

Chamberlin recently hit the headlines after an interview he did with Cheltenham racecourse chairman Martin St. Quinton opened the possibility of a five-day Festival.

In an interview in the Royal Box on ITV last weekend, St. Quinton did not rule out the possibility of an extension.

On the revelation, Chamberlin said: Predictably the racing purists are dead against it, which is something I respect.

By the same token I can see where theyre coming from and understand why theyd want to do it.

I think its something theyll obviously look at it and to be honest its something I think will happen at some point in the future.

For casual sports fans and a few friends I know who work in London through the week, they think it could be a great idea.

I do think that one day itll happen, I really do.