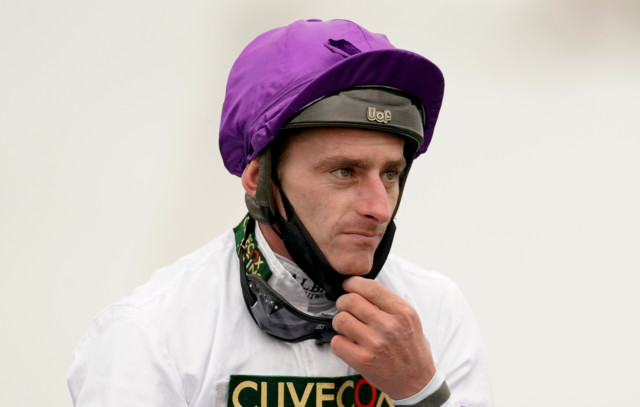 TRAINER Ed Dunlop has handed the Derby ride on John Leeper to Adam Kirby and NOT to Hollie Doyle.

Golden girl Doyle had partnered the horse to his first win at Newcastle two starts ago, with Will Buick riding the horse the other twice.

But with Buick required by his bosses at Godolphin, Dunlop had been on the hunt for a jockey for his 7-1 Derby hope.

Both Frankie Dettori and Doyle’s name had been mentioned but the Newmarket trainer has plumped for reliable Kirby for the Epsom Classic on June 5 instead.

Doyle can take inspiration from boyfriend Tom Marquand who was jocked off English King ahead of last year’s race before going on to enjoy a stellar season and winning his first Classic in the St Leger.

And after she rode for Aidan O’Brien in the Dante she might even be in for another Ballydoyle call-up on an even bigger stage.

“Adam is riding brilliantly at the moment and also rode Snow Fairy who is John Leeper’s dam. It all links up quite nicely that way. Mrs Patino is very fond of Adam as a rider.

“We knew Will Buick was going to be unavailable so it’s nice to get it sorted so soon after.”

With Dettori out of the picture, it has opened up the likelihood of the Italian riding for O’Brien again.

He’s already won the 1000 Guineas for O’Brien on Mother Earth and will be hungry for more big race success.

Meanwhile the Irish 2000 Guineas card is in doubt with heavy rain leaving the Curragh unraceable on Friday.

The course must pass a 7.30am inspection on Saturday.