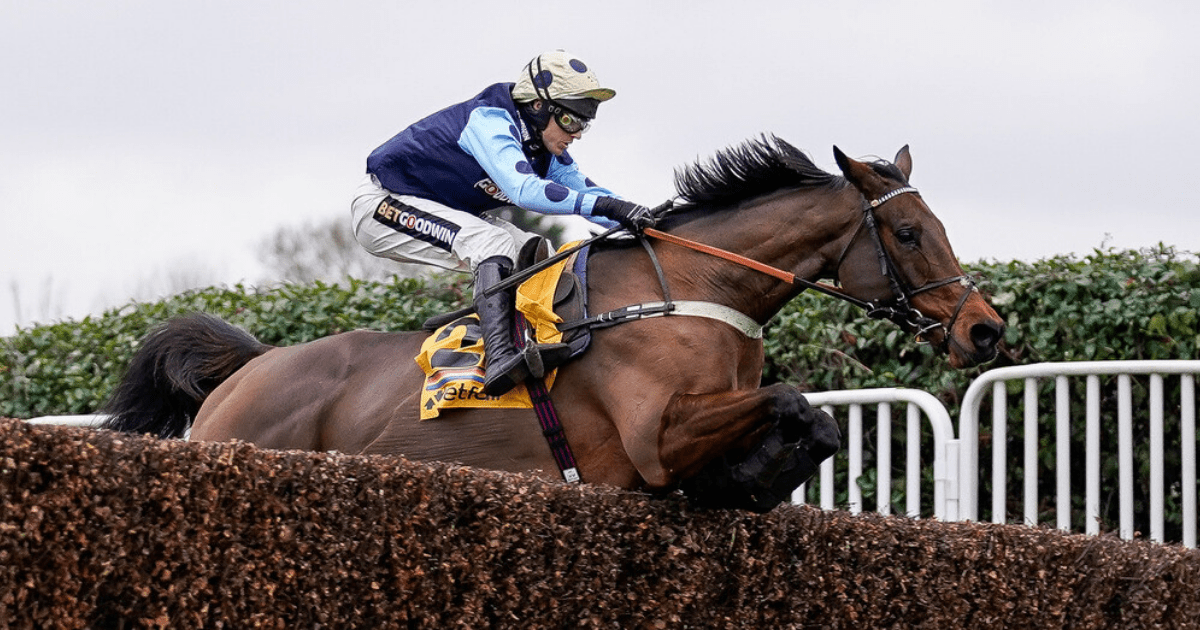 JUMPS racing is about to enter a new Stone age.

Alan King’s brilliant two-miler Edwardstone announced himself as the alpha in the two-mile division with a brilliant performance in the Betfair Tingle Creek.

Edwardstone ran out a hugely impressive winner of the Tingle Creek

Most of the talk in the build-up had been about the ‘big two’ Greaneteen and Shishkin, but they were firmly put in their place in a distant second and third respectively.

Winning trainer King was visibly emotional afterwards having taken some stick after pulling Edwardstone out at Cheltenham and Ascot in recent weeks.

He was waiting for the ground to turn in his horse’s favour, and his patient approach paid off as the 5-1 shot bolted up in one of the marquee races of the winter.

Edwardstone was restrained in rear by Tom Cannon but jumped his way through the field down the back straight and was full of running as they swung the bend for home.

He flew the second last and sprinted nine lengths clear up the Sandown hill, with the big-race sponsor slashing him into 3-1 from 8s for the Champion Chase in March.

King said: “This is one of my more emotional wins I must admit. We have been waiting for the ground to come right for him and it has been frustrating.

“That was an incredibly deep Grade 1 and for him to go and win like that first time out was brilliant.

“I told Tom to relax as today was not the be-all and end-all – but he cruised through it.”

Paul Nicholls had no excuses for Greaneteen, while Nicky Henderson hinted that Shishkin would now be stepped up in trip.

Intriguingly, Henderson said: “If the entries for Cheltenham were tomorrow, he would be much more likely to be entered in the Gold Cup than Champion Chase.”

Earlier on the card, Henderson’s Jonbon made it a perfect 2-2 over fences when winning easily at long odds-on in the Henry VIII Novices’ Chase.

He barely broke a sweat under Aidan Coleman, beating Boothill by eight lengths, and he was trimmed into 7-4 from 2-1 for the Arkle.

Advertisement. Scroll to continue reading.
In this article:championchase, cruise, victory