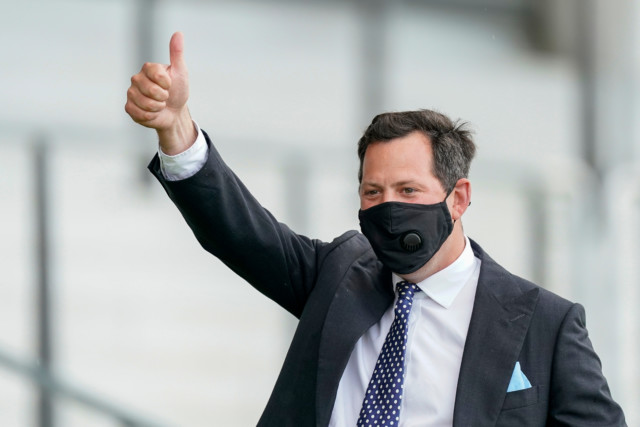 MUTASAABEQ’S bid for glory in the 2000 Guineas this afternoon is more poignant than you might think.

Supplementing the horse at a cost of £30,000 was the easy part. Now he has to go and do it on the track for trainer Charlie Hills.

Hills has trained the likes of Battaash and Muharaar to big race glorySheikh Hamdan has seen greats like Dayjur, Nashwan and many more carry his famous silks in the biggest races

And if he does land Hills his first British Classic, there won’t be a dry eye in the house.

The three-year-olds’ mum Ghanaati won the 1000 Guineas back in 2009 after just two starts – just like Mutasaabeq.

That was for legendary trainer Barry Hills, who of course is Charlie’s old man.

But more pressing was the loss of powerhouse owner-breeder Sheikh Hamdan who helped shape the sport over the last three decades and more.

His famous blue and white silks have been worn by some of the best to have graced the turf. Think Nashwan, Battaash, Dayjur and Taghrooda.

And after he passed away in March at the age of 75, his family decided to allow his empire to continue under the Shadwell banner.

It really is a changing of the guard. From Barry to Charlie and Ghanaati to Mutasaabeq. They’re all out to make the late Sheikh proud.

Hills, 42, said: “Mutasaabeq is out of Ghanaati, who of course won the 1000 Guineas herself and was a very special horse for Sheikh Hamdan, she was close to his heart.

“So to continue that legacy of what he’s created over the last few decades is very important.

“I wish he’d been there to see him win the way he did at Newmarket last time and of course in the Guineas. He loved his breeding and this is the ultimate.

“Ghanaati seems to be improving now as a mare and it’s all come full circle.”

Hills admits he never expected Mutasaabeq to be a live contender in the top races so early in his career. 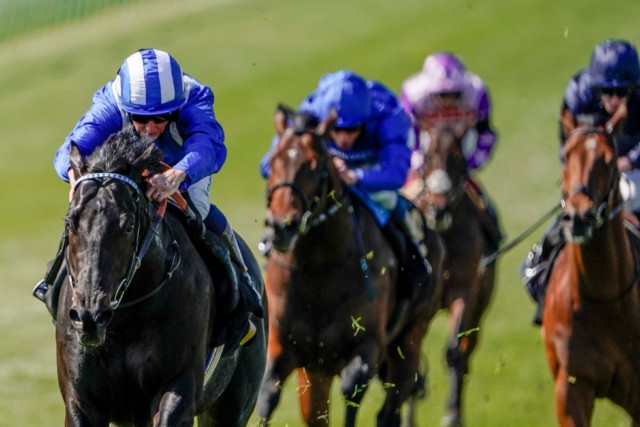 Mutasaabeq cruised to a taking win at Newmarket last time

But the horse made up Hills and Shadwell’s mind for them with a devastating win on his comeback this spring.

His six-length demolition meant the £30,000 supplementary fee was a no-brainer.

Hills said: “Angus Gold, Shadwell’s racing manager, obviously had to discuss it with the family and they were also very happy to supplement.

“But I don’t think it ever needed much thinking really.

“For us, our horse ticks a lot of boxes even though he’s just had two outings. He’s won at the track both times, once on heavy ground and then the next time on much quicker ground.

“We’ve been very pleased with him since his last race at Newmarket.

“We knew the second he won we’d have to decide whether we’d supplement him or not, but once he came out of the race as brilliantly as he did we were always keen to.”

Godolphin and Ballydoyle will have their usual big guns over at Newmarket, but as the betting suggests, no horse has dominated this division just yet.

It makes for an enthralling 2000 Guineas and a few more horses may be throwing their hat in the ring than you might see in a normal year.

The Lambourn trainer said: “It’s got an open feel to it this year, there’s a big field and you’ll need your luck as always at Newmarket.

“There’s no horse everyone you would say has to go and beat like some years. There’s some we don’t know heaps about and some we know more about.

“Whether or not that played into our thoughts of supplementing him I’m not so sure. I think we only discussed our horse and not anyone else.

“What I love about our horse most is the way he galloped out and finished the race at Newmarket last time. 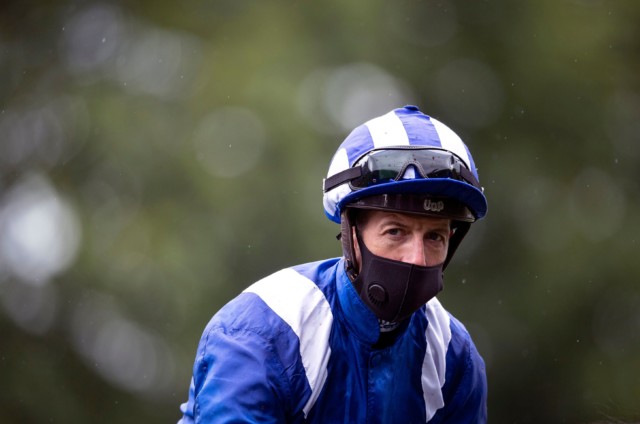 “Jim Crowley said he ran all the way up to the golf course at the top of the track and he took some pulling up.

“We made all and people said there was a wind, this, that and the other. But he showed plenty of speed to skip away from them and we won by six lengths in the end – not many do that at the Craven meeting.”

Hills took over from his dad Barry back in 2011 and has already pocketed Classics in Ireland with Phoenix Of Spain and Just The Judge.

Barry struck at all the meetings it mattered most. Royal Ascot, the St Leger, Guineas and Glorious Goodwood. He saw it all.

He may have passed the reins to Charlie in 2011, but he’s always on hand for advice if needed.

Hills Jr said: “Dad knows what it takes to win a Guineas and he’s here more often than he’s not, put it that way. He lets me know what he thinks.

“To win it myself would probably beat anything we’ve done so far and that says a lot when you think of the horses we’ve had.”

Advertisement. Scroll to continue reading.
In this article:Ascot, Goodwood, Newmarket