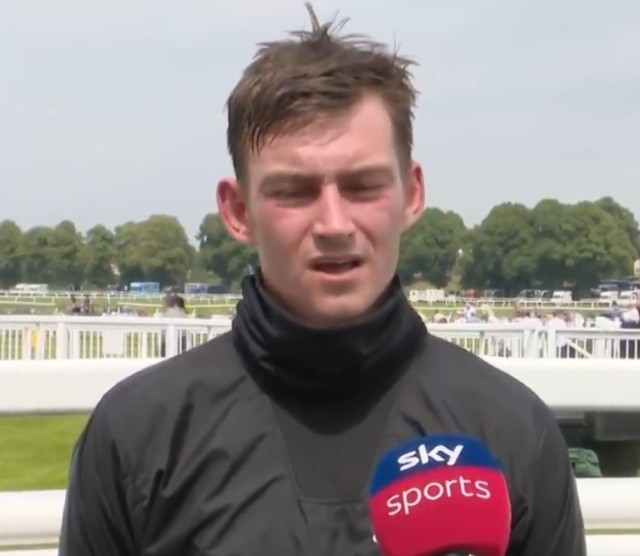 EMOTIONAL jockey Charlie Price reveals his mum has suffered a heart attack – as he rushes off to celebrate his first winner of the season at her bedside.

Price finally broke his duck at the 32nd time of asking aboard 5-1 chance Cape Robin at Worcester on Wednesday.

He surged clear on the Tim Vaughan-trained seven-year-old, trouncing 13-2 runner-up Tanrudy by a massive nine-and-a-half lengths.

Victory brought with it a £2,505 cheque for connections – but that counted for little as Price revealed his personal nightmare following the race.

He told Sky Sports Racing: “This means a lot. It’s been a disappointing season.

“The chances weren’t coming for a winner and you do get a bit down.

“The passing of my grandad six months ago has made me urge a bit more and my mum… I’m doing this now and my mum’s in hospital.

“She had a heart attack so I’m off there now before I go to Perth.

“I’m going to go to the hospital and see my mum so I’m glad I’ve ridden a winner.

“I’ll show her it [a video of the race] when I’m there in the hospital.” 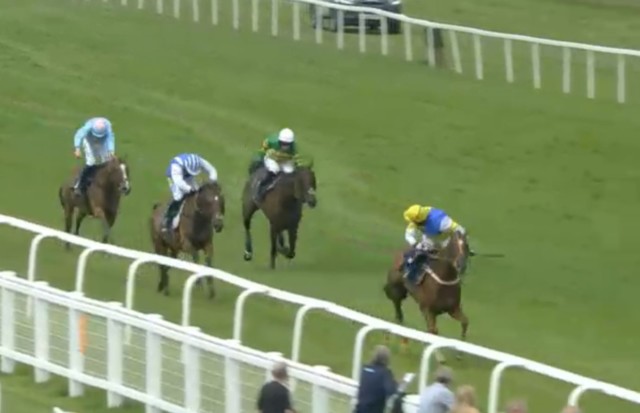 Price left school at 15 to pursue his dream of being a jockey.

He began working with Vaughan at his Cowbridge stables before enjoying a successful spell in Arab racing.

Speaking about his son’s love of racing, Price’s dad Roy said: “He’s always been mad on horses. He always wanted to be a jockey but he’d never ridden a horse until he went to Newmarket.

“We phoned the college when he was 15 and the lady asked if he did much riding, I said ‘he’s never been on a horse’ and she said ‘good, keep it that way’.

“Since he was five years old he’s said he wanted to be a jockey. He would watch the Grand National at home and do all the commentary with him riding in the race.

It’s not the Grand National, but the Follow At The Races On Twitter Handicap Chase at Worcester will mean just as much.